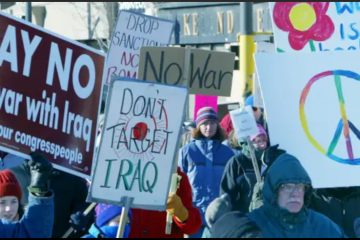 by Ann Wright, published on Consortium News, March 19, 2021 March 19 is the 18th anniversary of the U.S. government’s political decision to invade and occupy oil-rich, Arab/Muslim Iraq, a country of 32 million people. U.S. elected officials and their advisers decided it would be in the U.S. national security interest to attack and overthrow the Iraqi government. We saw how[…]