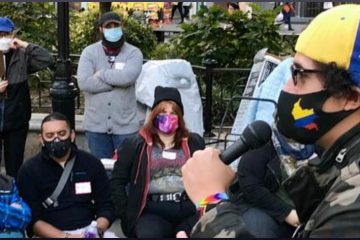 by Sara Flounders, published on Workers World, October 23, 2020 A powerful and forward-planning Workers Assembly Against Racism was held at Union Square in New York City on Oct. 18. Participants projected the possibilities of workers’ power through general strikes, shutdowns and mass actions to dramatically push back ongoing attacks — including police and racist violence, evictions, lack of stimulus[…]