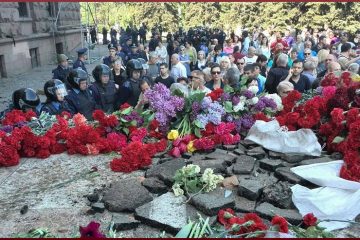 by Phil Wilayto, Odessa Solidarity Campaign On May 2, 2014, the people of Odessa, Ukraine, experienced the worst civil atrocity in Europe since World War II. Scores of people died when a fascist-led mob chased a group of progressive activists into the five-story House of Trade Unions in Kulikovo Pole (square) – and then set it on fire. Some died[…]