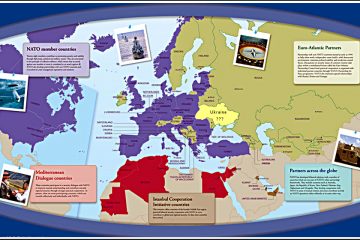 This map of NATO members and allies from NATO.int  gives you an idea of what Phil is describing. By Phil Wilayto When the North American Treaty Organization, or NATO, was founded on April 4, 1949, it had 12 members: the U.S., Canada and 10 Western European countries. By then the wartime cooperation with the Soviet Union was long over and[…]