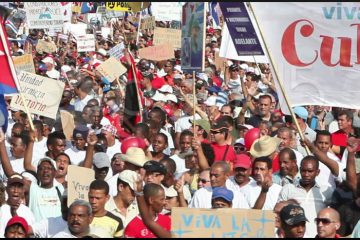 by Javier Gómez Sánchez, published on Popular Resistance, January 8, 2021 On November 28, 2020 Cuban Television abruptly ended the Cuban State media’s reluctance to publicly expose the U.S. attempts to fund and organize a new counterrevolution to bring about a soft coup in the island nation. The TV special was followed by episodes on Mesa Redonda, segments on NTV,[…]