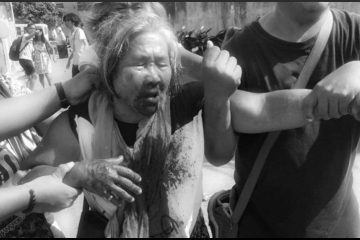 Activist Leticia Espino was injured and rushed to the hospital after a protest against the condiments company NutriAsia was violently dispersed by armed security guards and the Philippine National Police. by Noah Alexander Flores, originally published on The Progressive, August 9, 2018 The Philippine National Police, implicated in the suppression of labor movements and President Duterte’s war on drugs, receive[…]