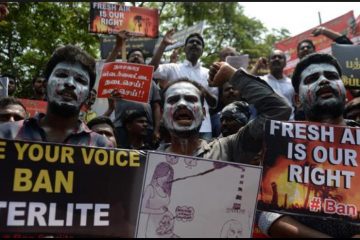 By Ruan Munasinghe, originally published on Socialist Action, July 12, 2018 On May 22, thousands of protesters in the town and district of Thoothukudi (also known by its British name, Tuticorin), in the Indian state of Tamil Nadu, expressed anguish as victims of pollution from the area’s copper smelter. Police and paramilitary fired into the crowd, killing 13 and injuring[…]