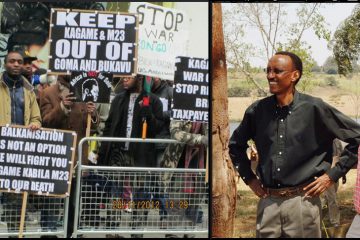 Photo left: Congloese join Rawanda Day protests, 2012; Photo right: Former U.S. President Bill Clinton visits Rwandan President Paul Kagame on Kagame’s farm in Muhazi.“Carnage on such a scale could not have occurred were it not for the connivance of the United States, which has nurtured Kagame at every juncture. … ~September 2010 by Ann Garrison interviews Boniface Musavuli on[…]