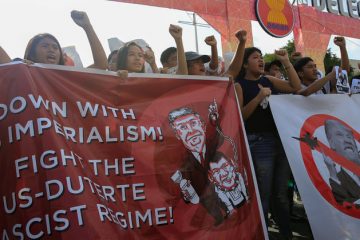 by Rhonda Ramiro of Bayan USA and Azadeh Shahshahani, originally published in the Huffington Post The burgeoning alliance between President Donald Trump and Philippine President Rodrigo Duterte appears destined to become the 21st century version of the Ronald Reagan-Ferdinand Marcos alliance. That union in the 1980s allowed the Marcos dictatorship to last 14 years, despite Marcos’ notoriety for murdering over[…]