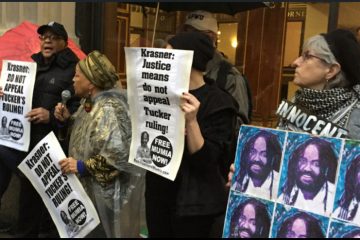 by Jeff Mackler, from Socialist Action, January 2,  2019 On Dec. 27, Philadelphia Superior Court Judge Leon Tucker ruled in favor of Mumia Abu-Jamal, holding that the actions of former Pennsylvania Supreme Court Judge Ronald Castille had demonstrated a “lack of impartiality” and “the appearance of bias.” Tucker’s decision represents a major victory for Abu-Jamal, which opens the door to[…]