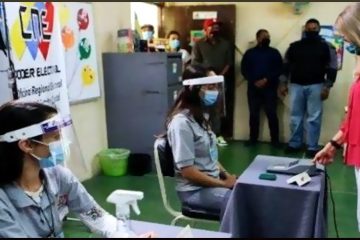 by Roger Harris, published on Resumen-English, November 25, 2020 The US finally appointed an ambassador to Venezuela after a decade hiatus and in the runup to the Venezuelan National Assembly elections. The new ambassador, James Story, was confirmed by US Senate voice vote on November 18 with Democrats supporting Trump’s nominee. Ambassador Story took his post in Bogotá, Colombia. No,[…]