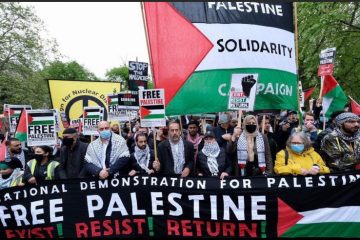 by Medea Benjamin and Nicolas J.S. Davies The U.S. corporate media usually report on Israeli military assaults in occupied Palestine as if the United States is an innocent neutral party to the conflict. In fact, large majorities of Americans have told pollsters for decades that they want the United States to be neutral in the Israeli-Palestinian conflict. But U.S. media[…]