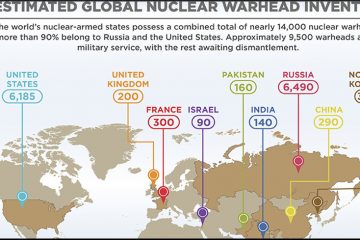 by Bernhardt, published on Moon of Alabama, May 23, 2020 The Trump administration is hostile to any agreement that restricts its abilities to build, test and deploy nuclear weapons. It left the Intermediate-Range Nuclear Forces (INF) agreement which limited nuclear missile deployments in Europe. It did so after accusing Russia of deploying missiles that exceed the range the INF treaty[…]

END_OF_DOCUMENT_TOKEN_TO_BE_REPLACED 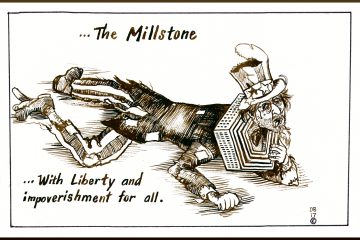 drawing by Dan Burgevin, 12/17 by Kevin Zeese and Margaret Flowers, originally published in the Popular Resistance Newsletter, March 17, 2018 US empire is in decline. Reports of the end of the US being the unitary power in world affairs are common, as are predictions of the end of US empire. China surpassed the United States as the world economic[…]