Sept. 1 — Gavrielle Gemma, union and political organizer since the 1970s and now working with the New Orleans-based Workers Voice Socialist Movement, called Workers World to report on the situation there, post-Hurricane Ida. Gemma is now living in a modest single-family home in the Florida neighborhood of New Orleans, part of the Upper Ninth Ward.

“Only poor folk stayed once the mayor and governor advised that people evacuate. That means the people left had no choice, no place to go, no money to pay for hotels or motels — assuming they could find a room. If they had made the evacuation mandatory, then the government would be responsible for the welfare of the people who left. But they’re doing nothing. 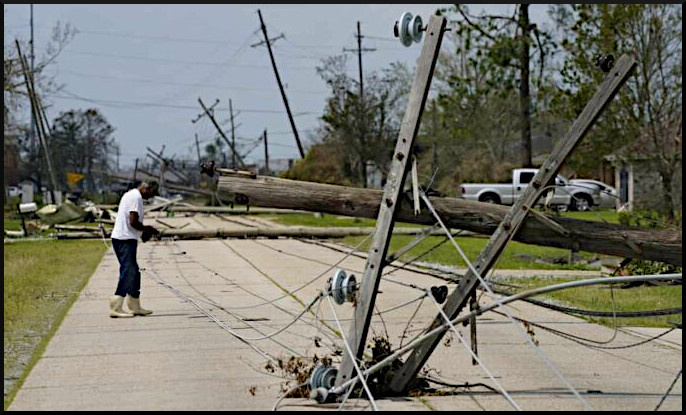 “The biggest immediate problem is that there is no electricity. The company that provides it — Entergy — says it may be a month before they restore full service. And it is hot, hot, hot, in the ’90s with high humidity. To stay alive in this weather, you need water and a way to get cool. The cooling centers — for people in danger of heat exhaustion — had no food or water.

“Look, we don’t expect miracles. They can’t stop a hurricane. But even if we’re not dying in the flood, they’re letting us starve in the streets. From Day One, someone should have been out,”

“telling people what to expect and what to do. Tankers with water and with food could have been going street to street, bringing ready-to-eat food and water to drink, tarps to cover leaks.

“Here it is three days after landfall, and the government only set up three places in the city where you can go for water. Then when you get there, you have to wait in line for hours.

“Not only do we have no power and no food, but there is no gasoline available. There are already long lines of people waiting for gas and for ice. The only people getting by are those few with generators.

“The money to buy one lousy F35 bomber would be enough to get a home generator to every household in the city.

“This will give your readers an idea of what the state government is like here,”

“The state government rejected the extra COVID-19 federal unemployment insurance of $300 a week for the last two months. This was like robbing $2,400 from people who needed money badly. And you know, no one gets paid sick days here. 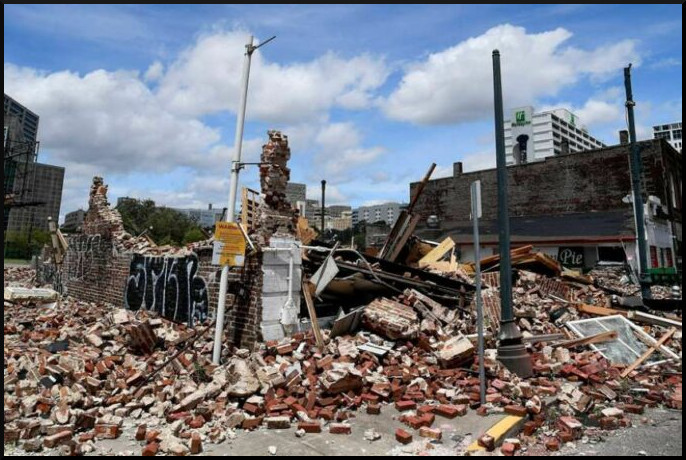 “The state is even abandoning New Orleans residents with enough resources to evacuate or relatives to house them. The governor’s message to them is: ‘Don’t come back. We can’t take care of you.’ So even when stores reopen, many people will have no money to buy food. And for every purchase you need cash, no food stamps, no SNAP (Supplemental Nutrition Assistance Program).

“Already people are being evicted from their homes. It will only get worse after Ida.

“Biden took responsibility for leaving Afghanistan — good that the U.S. got out. He could order federal efforts to deliver aid to New Orleans. In California, giant planes are used in firefighting. He could use cargo planes to deliver aid here.

“Biden’s coming here to see Louisiana post-Ida. The people in my neighborhood are angry as hell that nothing is being done to help. They’re ready to protest.

“On top of the other problems in Louisiana is the surge in COVID-19 cases. Jamming people into a shelter to solve one problem will cause another. It’s criminal how the state authorities have handled the pandemic here.

“We’ll turn these words into action. The Workers Voice Socialist Movement will mobilize to fight for demands to help the working class of New Orleans. I’ll be part of that.”