by Ariel Gold and Mary Miller published on Mondoweiss, October 2, 2020

On August 18, 2020, renowned cartoonist Joe Sacco was interviewed by Canadian public radio host Duncan McCue, who is Anishinaabe, a member of the Chippewas of Georgina Island First Nation, for his program The Current, which is produced by the Canadian Broadcasting Corporation. The two discussed colonization, resource extraction, and Sacco’s latest graphic novel Paying the Land, about the Dene people of Canada’s Northwest Territories. All seemed kosher until the editors of the Canadian Broadcasting Corporation (CBC) determined that they must scrub the word “Palestine” from the official transcript of the show and from future broadcasts.

When the show aired that same day, three hours later on the West Coast and in the published transcript of the show, McCue introduced Sacco’s art simply by saying “your work in conflict zones, Bosnia, Iraq.” The word “Palestine” had been cut.

On August 19, in the next edition of The Current, McCue said:

‘Before we get to the podcast, I’ve got a correction to make. Yesterday in my interview with Joe Sacco I referred to the Palestinian territories as ‘Palestine,’ we apologize.”

When outraged citizens emailed the CBC following McCue’s apology, CBC National Audience Services spokesperson Naill Cameron replied: “…there is no modern country of Palestine.” Use of the word Palestine, he stated, is counter to “established CBC language policy,” before revealing that the radio station even requires the term “pro-Palestinian” be used rather than “pro-Palestine“ when referring to “Palestinian supporters.”

CODEPINK became involved with the issue on September 23, sending out an email to tens of thousands of supporters with a call to contact progressive members of Canada’s Parliament and urge them to condemn the CBC’s attempt to censor the struggle for Palestinian rights. Writing to over 50 Members of Parliament, CODEPINK supporters stated,

“the CBC is contributing to the erasure that has allowed Palestine’s decades of suffering to go unamended. This is especially disgraceful considering that the CBC is a publicly funded corporation.”

“For decades, supporters of Israeli apartheid have tried to make Palestine disappear from maps, international politics, history books — and now, even the airwaves,” Gold said. “As your principles include ‘encourag[ing] citizens to participate in our free and democratic society,’ …we are reaching out to you requesting that you address this issue immediately and publicly.”

Mr. Nagler replied, stating that he “had already agreed to conduct a review to determine whether CBC adhered to the appropriate journalistic standards in this instance,” and that when complete, it would be published on the CBC ombudsman website.

As Mr. Nagler goes about his review, and as he declined Gold’s request to have a discussion during his review process, we submit the following open letter to him explaining what his review should include and why the review should conclude with the recommendation that the CBC apologize to McCue, Sacco, and CBC listeners. Additionally, the corporation should release a statement recognizing the legitimacy of Palestine and the Palestinian struggle for freedom and equality.

To add your name to the open letter, go to codepink.org/open_letter_to_CBC

We are pleased to know that, in response to the enormous number of emails and phone calls you have received about the Canadian Broadcasting Corporation’s actions to censor the Palestinian struggle for freedom, you will be reviewing the issue as ombudsman.

As you conduct your review into the issue, we submit the following information to you regarding the legitimacy of Palestine and the Palestinan struggle for freedom, justice, and equality.

First, and perhaps most relevant to a national public outlet such as the CBC, is the fact that Palestine is internationally recognized and respected in newsrooms around the world. Even the New York Times has no qualms about referring to Palestine by name, rather than by using the term “the Palestinian territories.” The CBC is in the minority in its refusal to recognize Palestinian sovereignty and respect the Palestinian cause for liberation. 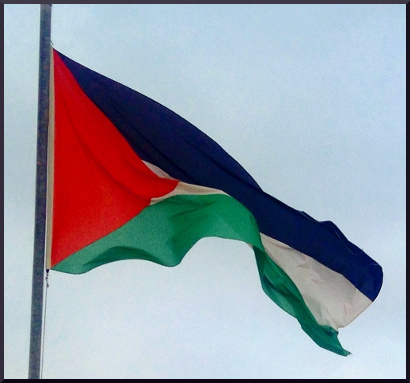 Since the issuing of its Declaration of Independence in November 1988, Palestine has been recognized as a sovereign nation by 140 countries, from Albania to Zimbabwe. In 2012, the United Nations voted to grant Palestine “non-member observer state” status, thereby honoring Palestine’s struggle for independence. Since January 2015, the International Criminal Court (ICC), despite bullying from Israel and the U.S., has been investigating accusations of war crimes committed by Israel during Israel’s 2014 war in Gaza and through its settlement enterprise, based on complaints submitted by the “government of Palestine.”.

Israel, seeking to evade accountability, submitted to the ICC that it did not have jurisdiction because Palestine, in Israel’s opinion, was not a state. However, ICC chief prosecutor Fatou Bensouda, after investigating Israel’s claim, rejected it in May 2020, reiterating that under article 53(1) of the Rome Statute, for purposes of transferring criminal jurisdiction, Palestine is indeed a state.

Not referring to Palestine by name is ahistorical. The word “Palestine” goes back to 5th century BC when “Palaistinê” was used to describe the land between Phoenicia and Egypt in the writings of Herodotus. Older than the state of Israel is the history of the non-violent Palestinian struggle for freedom and independence. In 1935, Palestinian labour activists, concerned about the growing Zionist movement and its intentions to displace them, initiated a general strike including work stoppages, non-payment of taxes, and the shutting down of municipal governments. The strike became a three-year-long mass rebellion that, according to British historian Matthew Hughes, was responded to with severe brutality by the mandate government. In 1948, when the modern state of Israel was established, Jews were granted 55 percent of the land of historic Palestine despite constituting only one third of the population. Allocated to them were most of the important coastline and Palestinian-majority cities.

The first Intifada, which began during the late 1980s, involved numerous nonviolent tactics from marches to strikes to peaceful protests, but Israel responded with an enormous degree of brutality. The policy of violence employed by Israel was memorialized by the words and actions of then Israeli defense minister Yitzhak Rabin who ordered his troops to “break the bones” of the protestors in the hopes of breaking their spirits. According to the Isareli organization B’Tselem, Israeli troops killed over a thousand Palestinians civilians between 1987 and 1993. By contrast, only 12 out of 70,000 Israeli soldiers died during the four-year uprising. Such demonstrations of restraint as the Palestinian people showed during the first Intifada are rarely seen during attempts to end colonial rule.

In 2005, Palestinian civil society came together in a call to use the same tactics that had been instumental in helping end apartheid in South Africa. The Boycott, Divestment, and Sanctions movement, as it is called, is carried out by activists around the world who support the Palestinian struggle. Its successes include university divestment resolutions, cancellations of contracts, musicians and other entertainers refusing to perform in Israel, and even Isareli companies being rated as “risky” by investment brokers.

Since the 2000s, nonviolent protests have been occurring weekly in West Bank cities and villages such as Nabi Saleh, Bil’in, Nilin, Hebron, and more. Many international peace activists have witnessed firsthand how the Israeli military responds to Palestinian peaceful protest with tear gas, stun grenades, and even live ammunition.

In 2018, Palestinian civil society in Gaza launched the Great March of Return with the intention of peacefully marching to their homelands inside Israel from which they were ethnically cleansed between 1947 and 1949. Israel’s response was brutal, with snipers shooting the lower limbs, and more, of protesters. A 2019 UN independent Commission of Inquiry cited that 189 Palestinians had been killed by snipers (thousands more were injured and had to endure amputations) and found that war crimes were “likely committed”. “We have reasonable grounds to believe that Israeli snipers shot at journalists, health workers, children and persons with disabilities, knowing they were clearly recognisable as such,” said the commission.

If anything is illegitimate, it is not the word or state of Palestine, and certainly not the Palestinian struggle for liberation. It is Israel’s policies of land theft, violence, illegal settlement construction, and other human rights abuses.

Not only is the forced apology from Duncan McCue hurtful to Palestinians, it is disrespectful to guest Joe Sacco as well. Joe Sacco is an accomplished cartoonist whose work explores colonialism in all corners of the world, including Bosnia, Iraq — and yes, Palestine. It is hard to ignore the irony of this “correction” being made in reference to a conversation about colonialism and an indigenous people’s struggle for fair treatment. Also ironic is host Duncan McCue’s identity as Anishinaabe, a member of the Chippewas of Georgina Island First Nation. Canada, like the United States, has a long and shameful history of violent colonialism and racism against its native population. From Canada to Palestine, colonialism is always unjust — and when the identities of indigenous populations are erased, colonialism thrives. 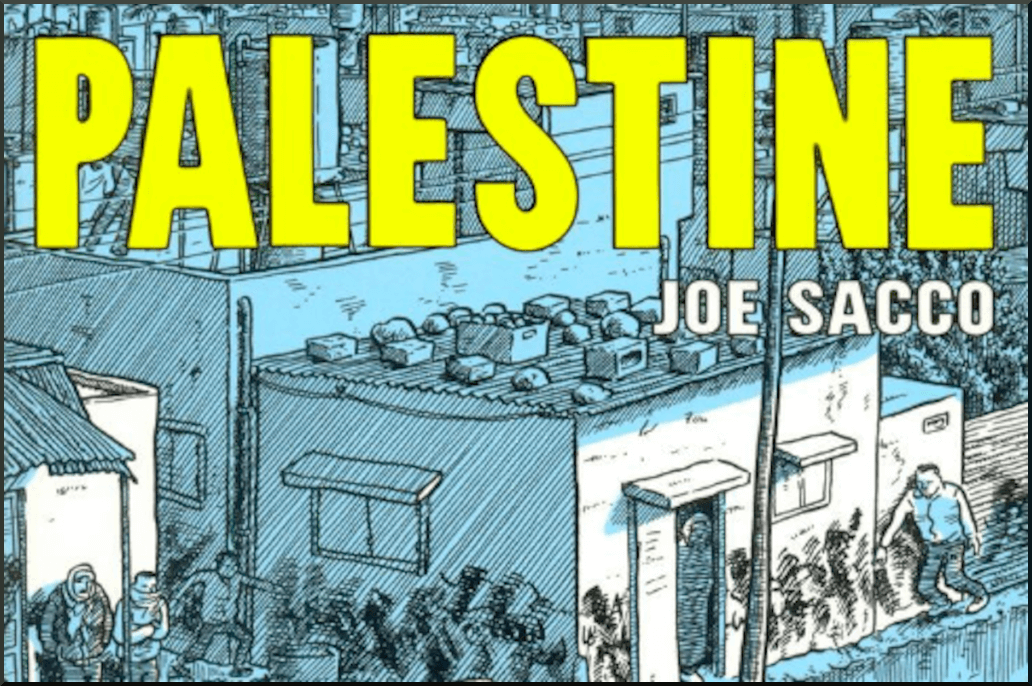 Another ridiculous element of this debacle is the fact that Sacco has published an entire series of comic books entitled Palestine. The series recounts Sacco’s experiences traveling in the West Bank and Gaza Strip for two months in 1991-92. It won the 1996 American Book Award and was named one of the Top 100 English-Language Comics of the Century by The Comics Journal, and has been praised for its empathy and nuance in exploring the Palestinian struggle. Sacco himself observed, in a statement to Mondoweiss, “To whom, exactly, was the CBC apologizing for using the word ‘Palestine’? If anything, this storm over a proper noun brings into relief a similar way the adherents of colonial-settler projects seek to suppress native peoples and then laud their dominance.”

This incident of erasing a country and mandating an apology from McCue goes against the CBC’s guiding principles and journalistic standards. The CBC’s purported goals include “contribut[ing] to the understanding of issues of public interest” and prioritizing “accuracy, fairness, balance, impartiality and integrity.” Censoring Palestine is neither accurate nor balanced, and forcing a radio host to issue a public apology and change his language does not reflect fairness or integrity. To deny Palestinian sovereignty is to deny the truth and best interests of both Palestinians and Israelis. For CBC’s listeners, it is insulting and simply bad journalism.

As people concerned with fairness, equality, freedom, justice, and free press, we are appalled at what happened following the interview between Duncan McCue and Joe Sacco and we are glad it is being investigated. We hope to soon see you recommend that the CBC issue apologies to Sacco, McCue, and CBC listeners as well as a statement recognizing the legitimacy of Palestine and the Palestinian struggle for freedom.

To add your name to the open letter, go to codepink.org/open_letter_to_CBC