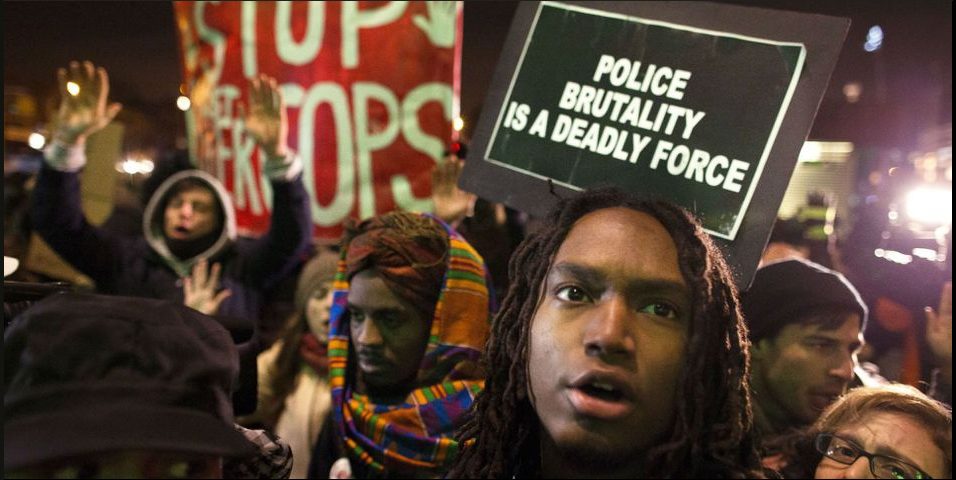 To put the Police Department’s spasm of slander directed at the Black Lives Matter movement in New York City in perspective, it’s useful to recall an experience from nearly three decades ago. Anti-war forces in 1991 established a popular tribunal to protest the criminal war against Iraq unleashed by U.S. political and military leaders and their allies.

At this tribunal, two undercover agents in the audience — disguised as Danish media but obviously not, given their accents and actions — harassed and bullied an Iraqi who had testified on the bombing deaths of much of his family. When organizers tried to stop the harassment, they were surprised at what these government agents shouted. “Let him speak,” they boomed out, contradicting what they were doing.

This “Big Lie” — applied to a small confrontation — was not just hypocrisy. It was an attempt to misdirect and confuse others in the audience. It worked. Some people who heard the encounter believed the organizers, not the agents, were suppressing the Iraqi.

This “trick” foreshadowed the NYPD’s current Big Lie that is being shouted out to confuse the public about the cops’ confrontation with the BLM movement. The movement calls for defunding, even for abolishing the police. So the NYPD slanders the movement as “violent” or “anarchist” and dangerous, accusing it of attacking the police.

The cops are saying they simply are trying to “keep the peace.”

It is a desperate move by the purveyors of state repression to hang onto their $7 billion budget in the U.S.’s biggest city. All it takes to explode this Big Lie is a 20-minute look at the dozens of videos published by the New York Times and much social media. The videos show police actions against demonstrators starting in late May and going into June. These police assaults have only worsened since.

Anyone observing the videos and ignoring the lying rants of the NYPD authorities and cop organizations can observe police using clubs and pepper spray against demonstrators, punching and kicking people whom they have already knocked down, even throwing bicycles at them. Like the government agents in the 1990s, the NYPD tries to confuse the public with charges of movement “violence.” 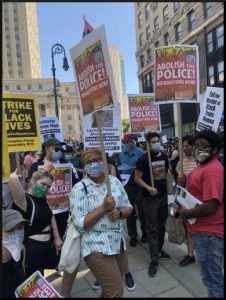 The NYPD, like all police departments in capitalist society, is an instrument of state terror. The U.S. police forces in general, descended from those who hunted down enslaved people trying to escape, today serve the capitalist rulers. Police repression, still marked by racism, targets the working class and occupies oppressed communities.

To expose the role of the police and fight for abolition, we must highlight the cops’ Big Lie about alleged movement violence. This lie is meant to misdirect public opinion. It blames the movement — the movement aimed at ending racism, white supremacy and police brutality — for the violence caused by the very instrument of state terror itself.

Understanding and explaining this true role of the police in class society should help redouble the effort to defund and abolish the police. They must be replaced by an instrument to defend people’s safety that answers to popular organizations instead of to the capitalist ruling class.