This morning, Thursday, 26 March 2020, at around 7:30 am, officials from Israel’s Civil Administration in the West Bank arrived with a military jeep escort, a bulldozer and two flatbed trucks with cranes at the Palestinian community of Khirbet Ibziq in the northern Jordan Valley. They confiscated poles and sheeting that were meant to form eight tents, two for a field clinic, and four for emergency housing for residents evacuated from their homes, and two as makeshift mosques. The force also confiscated a tin shack in place for more than two years, as well as a power generator and sacks of sand and cement. Four pallets of cinder blocks intended for the tent floors were taken away and four others demolished.

As the whole world battles an unprecedented and paralyzing healthcare crisis, Israel’s military is devoting time and resources to harassing the most vulnerable Palestinian communities in the West Bank, that Israel has attempted to drive out of the area for decades. Shutting down a first-aid community initiative during a health crisis is an especially cruel example of the regular abuse inflicted on these communities, and it goes against basic human and humanitarian principles during an emergency. Unlike Israel’s policies, this pandemic does not discriminate based on nationality, ethnicity or religion. It is high time the government and military acknowledged that now, of all times, Israel is responsible for the health and wellbeing of the five million Palestinians who live under its control in the Occupied Territories.

In addition to the shocking destruction of the clinic under construction, the Civil Administration is continuing its demolition routine. Today, it demolished three seasonal homes of farmers who are residents of Jerusalem, in the village of ‘Ein a-Duyuk a-Tahta west of Jericho. 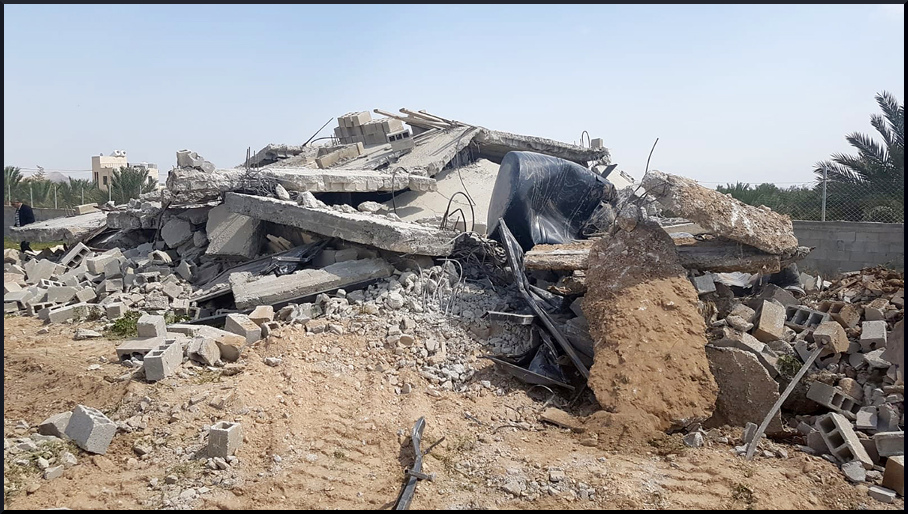 Scores of farming-shepherding communities, home to thousands of Palestinians, dot the 60% of the West Bank designated as Area C. For decades, Israeli authorities have pursued a policy aimed at driving out these communities by making living conditions intolerable in an attempt to get residents to leave, ostensibly of their own volition. This unlawful conduct is motivated by the political ambition, publicly stated by various officials, to establish facts on the ground and take over these areas in a de-facto annexation that would facilitate actual annexation to Israel as part of a final status arrangement.

B’Tselem – The Israeli Information Center for Human Rights in the Occupied Territories strives to end Israel’s occupation, recognizing that this is the only way to achieve a future that ensures human rights, democracy, liberty and equality to all people.