As I start to write this, I feel I am looking down a long, poorly lit hotel corridor.  The walls are pale yellow, with a dull sheen, painted too many times, and the paint cracking and peeling back in some places.

To my left, the door to the room is wide open, and I hear men and women shouting about the Democratic primary.  I listen, I become engaged.  On my right, another door, ajar, I hear people talking in whispers about the coronavirus.

And way at the end of the hall, I hear faint explosions, gun shots and wailing women; sounds of war, muffled by closed doors.

And it is getting hotter, there is a sickly damp smell of steam from the radiators mixing in my head with the banging and clicking of their pipes as they expand.

Upstairs, people are having a party.

What to say, what to think about this, what to do, at this moment, in this derelict, frightening hotel?

Part One: The 1% Wrecking Crew

I apologize for the delay in sending a Bulletin over the last month.  I have been very upset and confused about what to write to you about drone warfare when we are in the midst of the wreckage of what we came to know as democracy, that is:

1.      The elimination of Congress as an effective representative body through the apparent complete loss of timely, effective subpoena power and therefore loss of power of oversight of the executive branch. This was as evidenced in the failure of the U.S. Senate to impeach Donald Trump for obstruction of Congress and his manipulation of money appropriated by Congress for the Ukraine.

3.      The revelation, exposed by these developments, that there is nothing in the Constitution or federal law to prevent these things from happening.

4.      The failure of the general public to protest the above, especially in the absence of any certainty of a fair election and the near certainty that the Democratic candidate will be so obedient to the 1% that she or he will not effectively reverse of the losses in 1. and 2. above and will inevitably solidify authoritarian rule to benefit the 1%.

5.      The unwillingness of the executive branch to provide the U.S. public with the information, testing and services needed to effectively counter the coronavirus epidemic as well as unwillingness to assist other nations in dealing with the virus.

Up until now my goal has been to provide you, the readers of this Bulletin, with information aimed at stopping drone killing by focusing on incidents in the drone war, drone-related weapons development and, especially, the work of organizers around the country in protesting drone killing.

My work has based on two premises.  First, that it is essential to touch the consciences of those being called upon to do drone killing.  And second, the premise that there was a democratic structure of government, however dismally imperfect, through which public pressure could be applied to finally stop drone stalking and assassination.

My perception was and is that the fundamental imperfections in this structure are: (1) the high level of direct control of members of Congress by billionaires and millionaires; and (2) the effectiveness in the propaganda of their press, not only in how news is covered by what news is left out.

What I did not understand, and what I have found shocking, is how fast the 1% could, as evidenced in the U.S. Senate impeachment vote, bring the institution of authoritarian government, following on the effective loss of representative government and the rule of law.  And all with barely a peep of public protest.

So, what do we do as an anti-war, peace movement, as citizens, when even our sick, lame horse of a “democratic” government has been notoriously shot out from under us?

How can we protest U.S. drone attacks overseas without addressing the fact that here in the U.S. there is no longer anything but a ghost of democratic process available to stop to drone killing or the U.S. wars, now more and more dependent on drone and AI-guided weapons.

Indeed, there is no longer any way to conclude anything but that U.S. wars are being started and stopped, openly and strictly, at the whim of the 1% through their control of the Congress and the Executive branch.

So, I believe that we must begin, in all our anti-war education and organizing, to include a deeper analysis of: (1) the gigantic role of the 1% in generating the fear among the American public that enables the current U.S. wars; (2) the range of benefits that these wars have brought to the 1%, beyond just for those in the weapons industry; and (3) specific actions needed to wrest political power from the 1%.

In doing this analysis, I believe that we will find ourselves united with our fellow organizers who are fighting poverty, ill-health, racism and climate emergency because all of us have the 1% problem.

And, here I am talking about the global 1%, among whom the U.S. 1% are the leaders, including members of Congress. https://www.rollcall.com/2018/02/27/wealth-of-congress-richer-than-ever-but-mostly-at-the-very-top/  These are people from a variety of countries who have complex, tightly intertwined investments and a separate, interdependent culture. http://www.viewsoftheworld.net/?p=3448

They populate what they seem to view as their own “nation”, distinct, apart and protected, in cities around the world.  https://www.visualcapitalist.com/global-millionaire-population/ 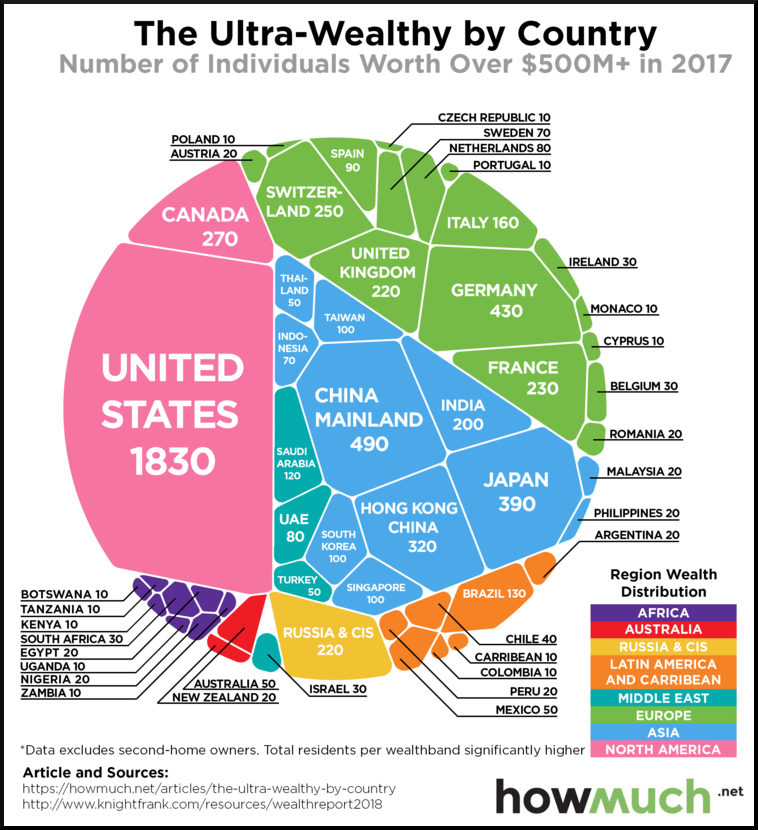 This is a “nation” of people exhibiting a collective determination to occupy, oppress, exploit, and impoverish masses of people globally, spoiling the environment, killing our fellow creatures and heating up the climate in the bargain, solely to satisfy the demands of their demons. 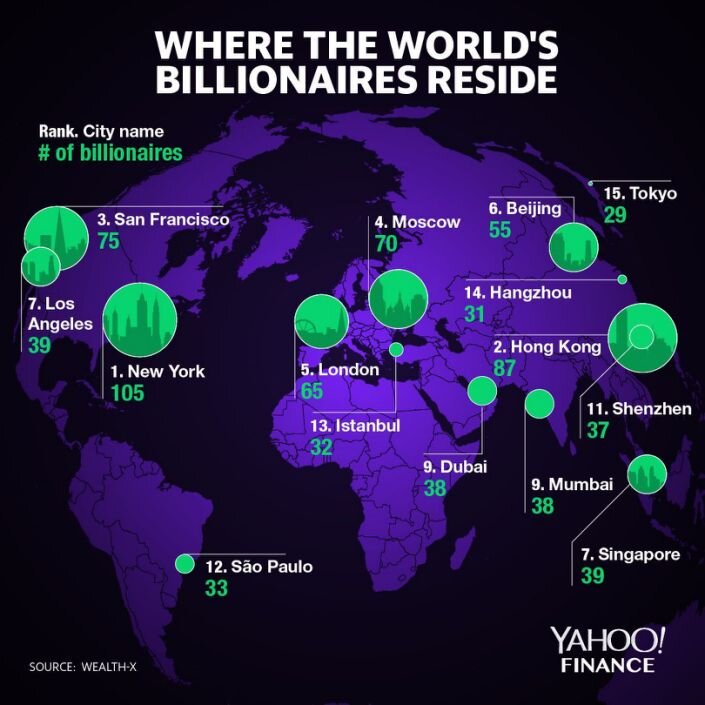 These are individuals https://www.visualcapitalist.com/visualizing-worlds-top-50-wealthiest-billionaires/ in competition with each other, and in competition for power, control, standing and stuff.  https://howtospendit.ft.com

Mother Nature, in the form of COVID-19, is proving to be the only democratizing power that threatens this special world, but even here we see, especially in the Trump government, a will toward denial and profit that threatens millions, if not all humanity.

We are experiencing the loss of democracy, poverty, endless wars, climate disaster and life on earth in exchange for Rolexes.

Nick Mottern is the founder and coordinator of KnowDrones.com.  Nick has worked as a reporter, researcher, writer and political organizer over the last 30 years.  Nick’s contact: nickmottern(at)gmail.com