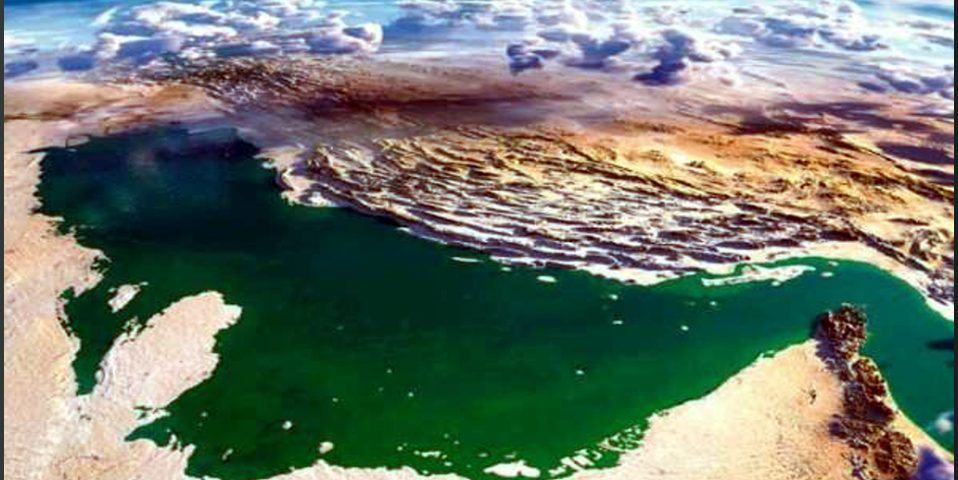 Note: Once and a while we should see the best side of regional initiatives.   Yes, they have peace-building ideas of their own. . . . .  but how can they implement them the pink elephant of U.S. intervention in the middle of the room.

After a meeting with his Iraqi counterpart on May 26, Iranian Foreign Minister Mohammad Javad Zarif said that he had suggested signing a non- aggression pact with Persian Gulf littoral states several times. As he said, the proposal is still on the table.

Underlining that Iran is a fan of having best relations with Persian Gulf countries, he added that “everyone welcomes suggestions and negotiations about removing tensions.”

As the Iranian foreign minister announced, this is not the first time that Iran puts forward such a suggestion. Zarif had made a proposal for signing a non- aggression pact with Saudi Arabia a while back. He had also suggested the holding of a ‘Regional Dialogue Forum’.

The suggested plan proves Iran to be right since security in the region would be achieved via cooperation of all regional countries and a desirable and stable regional discipline is obtainable without interference of foreigner countries.

The plan can become operational step by step in case of building confidence among regional countries.

At the present time, the security pattern of the Persian Gulf region is faced with a ‘security puzzle’, due to the presence of foreign powers. Therefore, security activities in the region are not going on under regular circumstances. The competition among great powers has automatically reinforced the competition among regional powers, which is difficult to be changed.

Discipline and order in the Persian Gulf region relies on win-loss strategy which revolves around relative increase of power with each player interested in having its power strengthened and that of the rivals decrease.

Arab countries in the Persian Gulf region see themselves in dire need of westerners’ presence, therefore, they compete with each other on establishing a western military base in their land.

Persian Gulf is in need of a comprehensive order with no foreign forces present in the region in the long-run. It requires a security structure which relies on regional countries cooperation.

To reach this type of security the following should be considered:

1. Paying attention to balance of power in the region among Iran, Iraq and Persian Gulf Cooperation Council which would result in their satisfaction

3. Creation of confidence among regional countries and departure of foreigners

4. Making the security system powerful against international society and forces

5. Having the security system able to resolve regional difficulties without unilateral attitude

6. Having the security system expand in the region via making deep political changes including resolving the territorial disputes, bringing economic stability and etc.

7. There are two different conciliatory views in the security puzzle: first, Iran rightfully seeks withdrawal of US forces from the region. Second, Arab countries are big fans of having the US control Iran, calling for the American country’s presence in the region. This is a dead end and difficult to pass. JCPOA provides a chance for establishing a new order on the Persian Gulf region. The new order can improve the relations between Iran and Arab countries and reduce the US commitment to them.

8. Creating an informal network of technical experts to provide effective resolutions for introducing a dialogue in the region seems essential.

9. Via a regional consensus, the security order of the Persian Gulf should announce war as illegal.

10. The greatest challenge for Persian Gulf Cooperation Council’s countries in the long run are internal pressures and related threats to human security, not Iran as a threat to state security. Accordingly, Arab states need significant internal reformations to preserve security for their citizens.

11. Trans-regional countries including the US should back no side in the ongoing ethnic and geopolitical competition between Iran and Saudi Arabia. They should try to create balance between the two sides.

12. Negotiations between Iran and Persian Gulf Cooperation Council should be commenced by a bottom-up attitude via holding regional councils.

13. The talks among regional members can be started from political and diplomatic procedures leading into security issues. A level of strategic stability between Iran and the members of the Persian Gulf Cooperation Council seems necessary to begin the political process. This strategic stability is the result of the policies and actions of the two sides in Iraq, Yemen, Syria and Lebanon, in a way that both sides achieve comparative equilibrium in the realm of opposition, in order to be inclined in political dialogue.

14. The previous achievements of the regional states, including the MoU between Iran and Saudi Arabia during the presidency of Akbar Hashemi Rafsanjani, should be taken into consideration.

15. Non-governmental institutions that can provide a forum for discussion should be established to provide a platform for broadening activities to the state level. These institutions can be active cultural and educational sectors including cinema, art, and urban community projects.

16. NGOs, in favor of convergence in the Persian Gulf states, should hold conferences to bring together organizations and institutions based on common interests.

17. Academic conferences on the Persian Gulf security model are necessary to be held.

18. The regional countries must understand each other’s security concerns and depth of influence in the region.

Currently, in the light of the presence of Donald Trump, regional competitions for purchasing weapons have already increased. The security puzzle of the Persian Gulf states has now made the countries of this region launch external balancing in addition to an internal one. Thus, we are witnessing bilateral and multilateral security and military cooperation between the Persian Gulf states. The formation of the Arab NATO, which has been proposed by Washington, can be analyzed from this perspective.