A Call for International Actions

From the Odessa Solidarity Campaign

May 2, 2019, will mark five years since a right-wing mob attack on the House of Trade Unions in Odessa, Ukraine, a tragedy that resulted in the deaths of at least 42 people and more than 100 injured. Today there still is no justice in sight for the mourners of the victims.

hose deaths on May 2, 2014, came just months after the democratically elected president was forced out of office by politicians, mass protests and violent right-wing organizations. This resulted in growing tensions in Odessa over several weeks, which culminated with street clashes and the mob attack on the House of Trade Unions.

Many cellphone videos of the attack have been posted on the Internet, clearly showing people setting the union building on fire with Molotov cocktails. People can be seen jumping from the burning windows and dying when falling to the ground. People laying on the asphalt and those trying to escape were severely beaten with bats and other weapons.

To date, not one of the perpetrators of these murderous actions has been brought to justice. At the same time, survivors from the arson as well as several of their sympathizers were arrested and many of them are still in prison, many never having been charged with a crime.

Family members, friends and supporters of the victims and survivors have repeatedly held memorials at the site of the killings, demanding an international investigation leading to prosecution of those responsible. Each year on May 2, thousands of Odessans gather there, despite repeated threats by extreme right-wing organizations to attack the mourners.

We call on all those who value justice to hold local events on May 2 in solidarity with the people of Odessa and the Council of Mothers, and in support of their demand for an international investigation.

We further call for an end to the harassment and legal repression of survivors of the May 2 tragedy, of their relatives and supporters, and of journalists attempting to investigate the situation.

This Call has been initiated by the Odessa Solidarity Campaign (USA) and Prague Spring II (Europe).

TO ENDORSE THIS CALL, PLEASE WRITE:

Materials To Organize a May 2 Action:

We want to emphasize that any kind of action would be welcome: a rally, march, public meeting, vigil – or even just a few people standing on a busy street corner with signs. The idea is to have something, no matter how modest, happening in as many cities as possible. 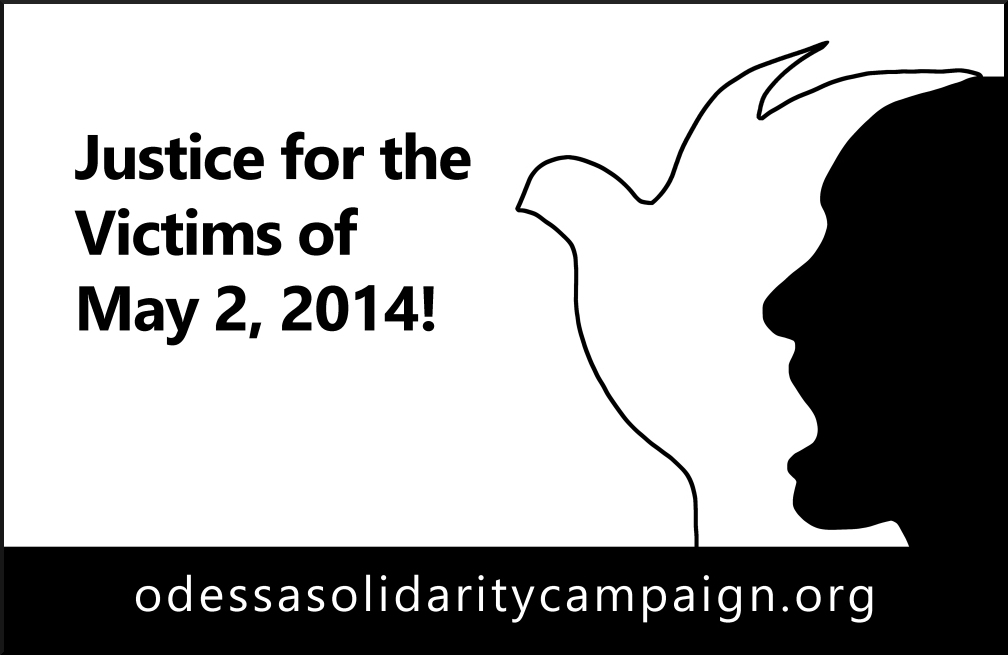