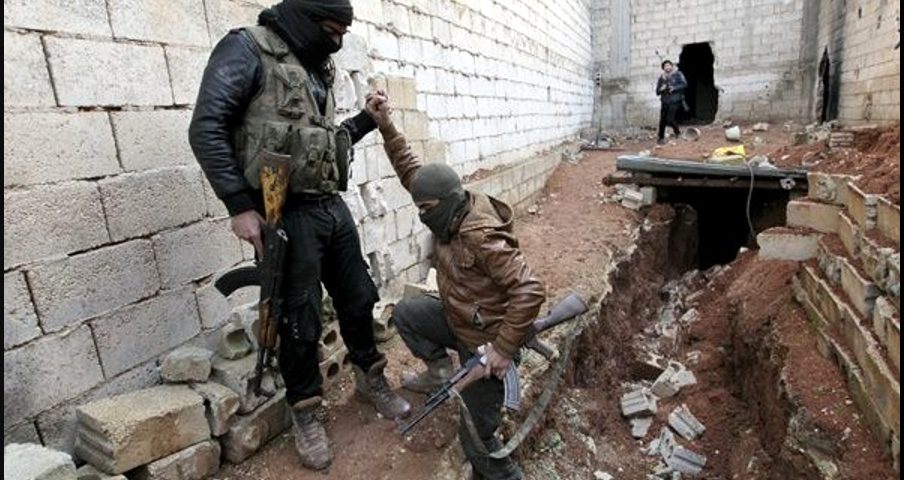 Editor’s Note: Anderson explores the basis of the political fracture of ‘the left’ over the Syrian war.  Don’t be dismayed if you aren’t a Marxist or don’t know the authors he cites.  The issues are clearly stated and the point is that this dialog cuts across the antiwar movement and  undermines the unity necessary to act.  This subject arises not only in relation to the Syrian war but to the economic and political wars waged against the nationalist and socialist governments of  Venezuela and Nicaragua and others.

In his analysis of the aggression against Syria, Samir Amin remains well ahead of western Marxists, writes Tim Anderson.

The late neo-Marxist theorist Samir Amin had as good a grasp as any of imperialist plans for the Middle East – or West Asia, to use non-Eurocentric terminology. Amin was indeed a pioneer for the non-Eurocentric left. However, he showed little appreciation of the actual resistance from Arab states, such as Syria and Lebanon. This is a blind spot shared by many western Marxists.

Although his primary focus was his native Egypt, Amin also wrote of “the Syrian disaster.” In the 2016 epilogue to his 2011 book ‘The Reawakening of the Arab World,’ he recognised:

So far, so good. There would be few objections from Axis of Resistance nations to this analysis. It is also an appropriately revised neo-Marxist view of imperial pretensions. But where is Amin’s recognition of the resistance which, at great cost in human lives, has effectively defeated this appalling war?

Drawing parallels with the failure of political will in Egypt under and after Nasser, Amin writes of Arab “nationalist popular experiences” which, having reached “the limits of possible, actual achievements,” turned to liberalisation. So he claimed: “Hafez al Assad turned to a project that sought to combine the preservation of nationalist patriotism that is oppositional to colonialism… [and] to benefit from the right-conservative concessions reflected in the ‘openness’” of Nasserism. Syria’s nation-state is a hollow shell“, he suggests.

“[Hafez] completed the Ba’thist revolution which… brought education, electricity and piped water to virtually the entire country for the first time. Infant mortality was reduced and life expectancy increased.”

McHugo does not mention that health improvements were due to the creation of a free-of-charge public health system, an accomplishment which presidents of the richest country on Earth have attempted but have been unable to match. Nor does he mention that the creation of free and universal school systems, in other countries, have only been possible after great political upheavals. Such achievements are not to be sneezed at.

In any case, McHugo goes on:

“From 1963-1993, the mileage of standard gauge railway lines in the country quadrupled while the length of all-weather asphalted roads increased five-fold … [and] by 1990 the [literacy] figures had improved substantially. By 1993 virtually all boys in the countryside were attending school, although there were still a number of girls who were not. By 1992, 95 percent of villages had electricity. Before this [Taqba dam] project, only approximately 5 percent of Syrian villages had electricity.”

These achievements may be what Amin had in mind, but trivialised as “the limits of possible, actual [patriotic nationalist] achievements.” But there were more, as McHugo admits:

“Another Ba’thist achievement was the ending of the exploitation of the peasantry by usurious landlords and money lenders. It was the Ba’thist revolution that ended usurious lending and brought affordable credit to the countryside.”

Nationalised or joint venture big business brought in the state revenue needed to fund public health and education systems, along with other subsidised, universal services.

What did Samir Amin say about a Syrian state which, if it had not met his dream of a socialist utopia, had at least brought about the above major reforms? What did he say about a patriotic nation which, even by 2016, was crushing the imperial conspiracy he himself had described so well: “breaking up of the Iran-Syria-Hezbollah alliance… [leaving] a Syria fragmented into sectarian mini-states … [if not] a Sunni dictatorship in the Wahhabi style”?

Amin claimed: “The Syrian regime has confronted protests with repression, and nothing else. The Assad regime remains unable to respond with the only effective policy, which is to engage in genuine reforms and negotiations.” If he was aware of Assad’s reforms over 2011-12, including the constitutional reform which removed the Baath Party monopoly, he does not mention them. Those reforms satisfied many of the opposition demands, minus those of the Muslim Brotherhood for an (extremely unpopular) Islamic State.

Most importantly (especially for those who pretended the war in Syria had something to do with democracy), most Syrians have voted, both at the ballot box and with their lives, to defend the secular state. It remains an inconvenient truth that around half those killed have been patriotic soldiers and Syrian civilians who opposed the foreign-backed sectarian gangs.

McHugo’s main thesis was that the Ba’thist government in Syria parallels the French colonial ‘pacification’ regime of the 1920s. He does not mention any colonial regime which has built universal public health and education systems, nor those which engaged in serious land reform; he does not do so because there are none.

Amin clearly identified the elements of imperial strategy against Syria, but dismisses the patriotic nation which has defended itself against massive foreign aggression and has maintained, for the most part, its social achievements.

In his analysis of the aggression against Syria, Amin remains well ahead of the western Marxists who, for the most part, fell for the ‘colour revolution’ scam. In his refusal to see the post-colonial state as central to the necessary resistance, he joins the ‘imperial left.’

Tim Anderson is an Australian academic and activist. He is a senior lecturer on political economics at the University of Sydney and the author of several books on independent development and anti-imperialism.  He is  active in prisoners’ rights and civil liberties groups,   and has been involved with international solidarity and civil rights campaigns. He has worked as an academic since the early 1990s.   He was suspended from his post at the University of Sydney in early December 2018 for his political activities, and is intending to appeal against a decision to terminate his employment.