Some fruits of the war project in Yemen.
Insurgency in Yemen detailed Map according to recent published reports. (~Yemen Civil War Map)

Note: We always talk about US support for a Saudi War.  This article, written prior to Yemen’s descent into a devastating war, explains U.S. actions leading to the war, and  what incentive the US. might have to participate in, if not direct, a war for control of Yemen.

Securing US Control over Socotra Island and the Gulf of Aden

Whoever attains maritime supremacy in the Indian Ocean would be a prominent player on the international scene.” (US Navy Geostrategist Rear Admiral Alfred Thayus Mahan (1840-1914))

The Yemeni archipelago of Socotra in the Indian Ocean is located some 80 kilometres off the Horn of Africa and 380 kilometres South of the Yemeni coastline. The islands of Socotra are a wildlife reserve recognized by (UNESCO), as a World Natural Heritage Site.

Socotra is at the crossroads of the strategic naval waterways of the Red Sea and the Gulf of Aden (See map below). It is of crucial importance to the US military. 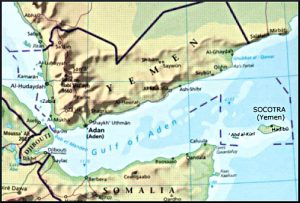 Among Washington’s strategic objectives is the militarization of major sea ways. This strategic waterway links the Mediterranean to South Asia and the Far East, through the Suez Canal, the Red Sea and the Gulf of Aden.

It is a major transit route for oil tankers. A large share of China’s industrial exports to Western Europe transits through this strategic waterway. Maritime trade from East and Southern Africa to Western Europe also transits within proximity of Socotra (Suqutra), through the Gulf of Aden and the Red Sea. (see map below). A military base in Socotra could be used to oversee the movement of vessels including war ships in an out of the Gulf of Aden.

“The [Indian] Ocean is a major sea lane connecting the Middle East, East Asia and Africa with Europe and the Americas. It has four crucial access waterways facilitating international maritime trade, that is the Suez Canal in Egypt, Bab-el-Mandeb (bordering Djibouti and Yemen), Straits of Hormuz (bordering Iran and Oman), and Straits of Malacca (bordering Indonesia and Malaysia). These ‘chokepoints’ are critical to world oil trade as huge amounts of oil pass through them.” (Amjed Jaaved, A new hot-spot of rivalry, Pakistan Observer, July 1, 2009)

From a military standpoint, the Socotra archipelago is at a strategic maritime crossroads. Morever, the archipelago extends over a relatively large maritime area at the Eastern exit of the Gulf of Aden, from the island of Abd al Kuri, to the main island of Socotra. (See map 1 above and 2b below) This maritime area of international transit lies in Yemeni territorial waters. The objective of the US is to police the entire Gulf of Aden seaway from the Yemeni to Somalian coastline. (See map 1). 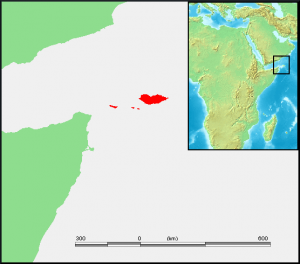 Socotra is some 3000 km from the US naval base of Diego Garcia, which is among America’s largest overseas military facilities.

The Socotra Military Base

On January 2nd, 2010, President Saleh and General David Petraeus, Commander of the US Central Command met for high level discussions behind closed doors.

The Saleh-Petraeus meeting was casually presented by the media as a timely response to the foiled Detroit Christmas bomb attack on Northwest flight 253. It had apparently been scheduled on an ad hoc basis as a means to coordinating counter-terrorism initiatives directed against

“Al Qaeda in Yemen”, including “the use [of] American drones and missiles on Yemen lands.”

Several reports, however, confirmed that the Saleh-Petraeus meetings were intent upon redefining US military involvement in Yemen including the establishment of a full-fledged military base on the island of Socotra. Yemen’s president Ali Abdullah Saleh was reported to have

The Monster in the Mirror… The US Network of Military Bases

On January 1st, one day before the Saleh-Petraeus meetings in Sanaa, General Petraeus confirmed in a Baghdad press conference that “security assistance” to Yemen would more than double from 70 million to more than 150 million dollars, which represents a 14 fold increase since 2006. (Scramble for the Island of Bliss: Socotra!, War in Iraq, January 12, 2010. See also CNN January 9, 2010, The Guardian, December 28, 2009).

This doubling of military aid to Yemen was presented to World public opinion as a response to the Detroit bomb incident, which allegedly had been ordered by Al Qaeda operatives in Yemen.

The establishment of an air force base on the island of Socotra was described by the US media as part of the “Global war on Terrorism”:

“Among the new programs, Saleh and Petraeus agreed to allow the use of American aircraft, perhaps drones, as well as “seaborne missiles”–as long as the operations have prior approval from the Yemenis, according to a senior Yemeni official who requested anonymity when speaking about sensitive subjects. U.S. officials say the island of Socotra, 200 miles off the Yemeni coast, will be beefed up from a small airstrip [under the jurisdiction of the Yemeni military] to a full base in order to support the larger aid program as well as battle Somali pirates. Petraeus is also trying to provide the Yemeni forces with basic equipment such as up-armored Humvees and possibly more helicopters.” (Newsweek,  Newsweek, January 18, 2010, emphasis added)

The proposed US Socotra military facility, however, is not limited to an air force base. A US naval base has also been contemplated. 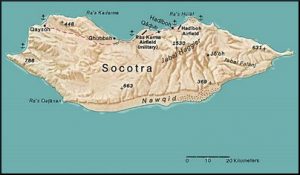 The Socotra archipelago is part of the Great Game opposing Russia and America.

During the Cold War, the Soviet Union had a military presence in Socotra, which at the time was part of South Yemen.

Barely a year ago, the Russians entered into renewed discussions with the Yemeni government regarding the establishment of a Naval base on Socotra island. A year later, in January 2010, in the week following the Petraeus-Saleh meeting, a Russian Navy communiqué

“confirmed that Russia did not give up its plans to have bases for its ships… on Socotra island.” (DEFENSE and SECURITY (Russia), January 25, 2010)

The Petraeus-Saleh January 2, 2010 discussions were crucial in weakening Russian diplomatic overtures to the Yemeni government.

The US military has had its eye on the island of Socotra since the end of the Cold War.

“as a site upon which the United States planned to build a signal intelligence system….” Yemeni opposition news media reported that “Yemen’s administration had agreed to allow the U.S. military access to both a port and an airport on Socotra.”

According to the opposition daily Al-Haq,

The Militarization of the Indian Ocean

The establishment of a US military base in Socotra is part of the broader process of militarization of the Indian Ocean. The latter consists in integrating and linking Socotra into an existing structure as well as reinforcing the key role played by  the Diego Garcia military base in the Chagos archipelago.

The US Navy’s geostrategist Rear Admiral Alfred T. Mahan had intimated, prior to First World War, that

“whoever attains maritime supremacy in the Indian Ocean [will] be a prominent player on the international scene.”.(Indian Ocean and our Security).

What was at stake in Rear Admiral Mahan’s writings was the strategic control by the US of major Ocean sea ways and of the Indian Ocean in particular:

“This ocean is the key to the seven seas in the twenty-first century; the destiny of the world will be decided in these waters.”

Michel Chossudovskyis Professor of Economics (Emeritus) at the University of Ottawa and Director of the Centre for Research on Globalization (CRG), Montreal,  which hosts the award winning website: Global Research. He is the author of the international best-seller “The Globalisation of Poverty and The New World Order”. He is a contributor to the Encyclopaedia Britannica, member of the Kuala Lumpur War Crimes Commission and recipient of the Human Rights Prize of the Society for the Protection of Civil Rights and Human Dignity (GBM), Berlin, Germany. His writings have been published in more than twenty languages.