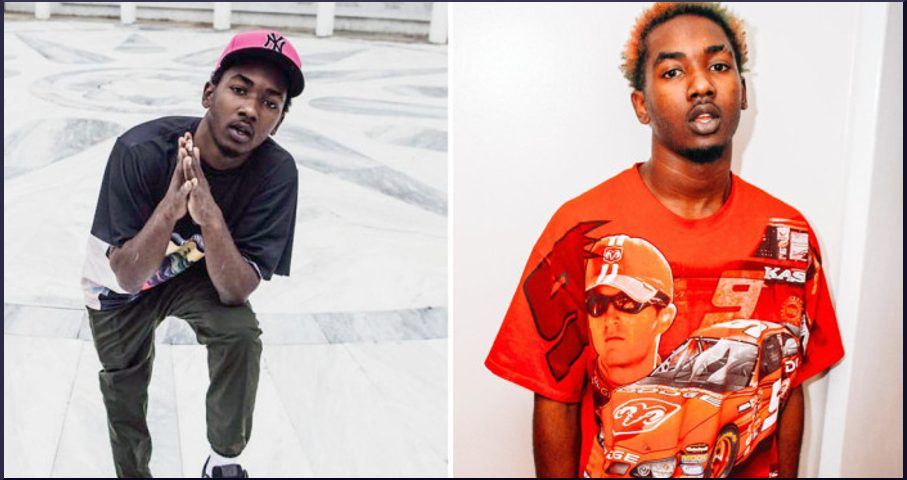 — HARTFORD, Conn. — On Dec. 14, 2017, Hartford lost one of its greatest legends when 20-year-old Zoe Dowdell—also known as Gangstalicious—was shot and killed by New Britain police. Caleb Tisdol and Noah Young (also known as “Skinny”), the others in the car, were convicted on various charges and are currently incarcerated.

All of us from the area have known about the police shooting for a long time. However, in late August, Will Tisdol, father of Caleb, was able to see the dashcam footage of what actually happened that night. What the footage shows is something far worse than what we imagined.

Zoe Dowdell was a lively young man. He grew up in Hartford and Bloomfield. He became very popular as a musician and dancer. His videos received hundreds of thousands of views and he became especially popular in Hartford. Perhaps the most lasting cultural impact of his legacy was popularizing a dance that originated in Hartford. His death was a huge loss for the community.

The New Britain police reported that Zoe, Noah, and Caleb were driving a stolen car that was related to a string of robberies and assault cases. According to the police, after they had tried to stop the vehicle, it tried to run into the police officers. That is when officers started shooting. Much of this story turned out to be outright cop lies.

When in late August, Caleb’s parents—who had been fighting a silent battle for months—were able to get their hands on the tapes from the police dashcam, they saw something that was incredibly sadistic: The police first rammed into the young men’s car in unmarked vehicles. Immediately afterwards, the police started shooting—five officers emptying their clips at the same time. As Mr. Tisdol puts it, the police looked untrained, like “fools tripping over themselves.”

According to the dash-cam footage, the car was standing still when the police were firing. And while the police were shooting, another police car rammed into the car again. Zoe had no chance. He was killed very quickly. The police (and the media) tried to make it seem that a stray bullet hit Zoe in the neck. It is true that bullets hit Zoe’s neck, but it is likely that Zoe was shot multiple times in other places, including the head. He was covered in blood when he died.

After the police stopped shooting, Caleb had both his hands up and yelled at the police, “Y’all can stop shooting now. You already killed him.” After he said this, the police started shooting again. They reloaded and shot some more. In all, the police probably shot over 50 times.

Caleb was 15 when this happened, but he has been charged as an adult. Noah is also being charged as an adult although he was 18 at the time. Both Noah and Caleb are still in jail. They were charged with possession of a firearm and narcotics. It has been 10 months.

Zoe’s family has never been given a report from the police on what happened to their son. The cops have demonstrated utter disrespect toward the families. As was discovered after Caleb’s parents saw the tapes, the police lied about many things regarding the night of Dec. 14.

Such police injustices are endemic in Connecticut. Eighteen people have been killed by police in car chases from 2016 to the present. To the best of our knowledge, no cop has ever been charged with murder in this state since at least the 1990s—definitely not within the tenure of Chief State’s Attorney Kevin T. Kane.

In particular, we are seeing a specific type of case of police brutality—car-related incidents. In Bridgeport, a 15-year-old Hispanic youth was shot dead by police after his car was suspected of being stolen. The car, and Jayson himself, could have easily been apprehended by a traffic stop. Instead, a gang police unit followed the car and confronted it on the street. Likewise across the state, there have been legally dubious actions by police regarding cars. In late September, there were two dangerous police chases that led to crashes.

All of these incidents stem largely from one man: Kevin Kane. He has approved the use of gang police units and targeting youth of color. In the middle of 2017 he wrote an OpEd article that appeared in the Hartford Courant entitled “Emboldened Juveniles Endanger the Public.” In the article he talks about the need to crack down on inner city kids.

Kane laid out a bulleted list of parts of the criminal justice program that need to be altered in order allow for stronger punishments against youth. They are: Restrictions on post-arrest and pre-trail detention of juveniles; the lack of meaningful sanctions that juvenile courts can impose, including the closing of Juvenile Training School; changes that make it impossible to transfer serious juvenile cases to the adult court where there can be a serious response .

The case of Sgt. Barone

There have been many other police injustices and scandals in the past months. This summer, a long-time Hartford police officer, Sgt. Stephen Barone, was filmed talking to a group of Black and Brown kids whom he had stopped, he claimed, because they might have been trespassing. Despite the compliance and calm of the young people, officer Barone told them not to try to “fight or run” since he was “feeling a little trigger happy.”

The same officer was implicated in a previous incident, when he turned off the police car dash camera just before the cops hurt a civilian. He also led a unit of police during a chase in July that involved police cars speeding the wrong way down Connecticut’s largest highway.

I attended the next city council meeting after the video of Barone went viral on the internet. It got quite rowdy. In the coming weeks things only got worse. The police officers’ union publicly called out city councilwoman Wildaliz after she had made a few mild comments about police accountability. It was made clear that any public official who made an effort to put pressure on killer cops would be met with harassment and intimidation.

Hartford city council has been debating on giving the HPD special equipment such as drones. There have also been debates on having a new civilian review board to check the police. On Sept. 19, a meeting took place for community members to voice their concerns about the police. Many people voiced their deep fears of the police—fears that have been reinforced after years of negative encounters with the Hartford Police.

Towards the end of the meeting, a man in a vest and tie who presented himself as a community member was found to be an undercover cop. The next week, at a full meeting with HPD and the citizens of Hartford, the same cop was present in full uniform—gun, handcuffs, and all the rest. This meeting was the most intense of all. It included a session where the public confronted the cops straight on.

Justice for Zoe, Noah, and Caleb!

In the meantime, on Sept. 15, over 100 people marched to the New Britain Police Department to demand justice for Zoe, Noah, and Caleb and the public release of the dashcam footage. Almost no media coverage has appeared on the case other than a negative article from the New Britain Herald, which portrayed the Zoe, Noah and Caleb as criminals. The police released a statement after the action: “The participants in today’s protest set a fine example for others to gather and express views and concerns in a peaceful manner.”

The movement for justice for Zoe, Noah, and Caleb is still in its embryonic stages. We face a lot of obstacles. Police harassment has certainly been one such obstacle, and so too is the issue of media misrepresentation and lack of reporting. A more nuanced problem is the task of bringing together people of different ages and backgrounds, and from different locations in Connecticut, to protest against a pressing issue that we all care about.

A coalition has recently come together of the affected families, myself, and various other groups, including (but not limited to) Socialist Action, local DSA chapters, CT CORE, Justice for Jayson, Black Lives Matter New Haven, CT IWW, ACLU, CT Self-Defense Brigade, CT Moral Mondays, UConn Youth for Socialist Action, Vote Fred “Mitch” Linck, and CT Poor People’s Campaign. We have planned a march in New Britain on Oct. 24 at 5 p.m. We will continue to fight!