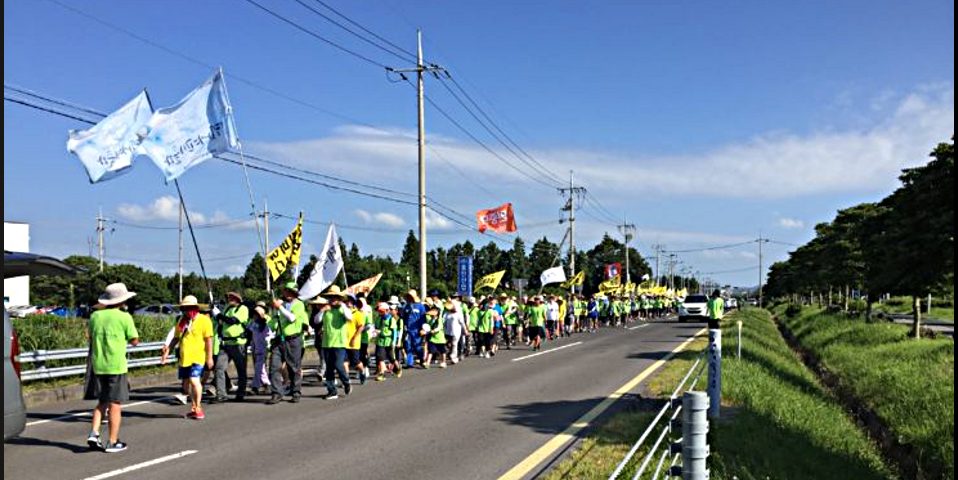 by Buddy Bell, published on Voices for Creative Nonviolence, September 6, 2018

On the cusp of July and August, nearly 200 students and 150 adults participated in a 3-day march in opposition to the construction of a second airport on Jeju-Do, South Korea. The plans include leveling two small mountains on the eastern side of the island and the likely relocation of an elementary school. If built, the airport will increase an implanted trend of hyper-tourism which puts heavy stress on local groundwater resources and displaces farmers. Jeju activists fought an 11-year struggle against the construction of a new naval base that the Seoul government claimed was to become a civilian dock, so they believe the new airport will also have a military character despite official denials. 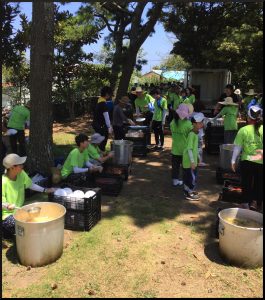 The activists invited members of the community and students from primary and secondary schools in Seogwipo, Pyoseon, and Seongsan to walk 20 kilometers a day in summer heat, starting from the new naval base in Gangjeong and heading for the airport site in Seongsan. A hearty logistical team worked to serve hundreds of breakfasts, lunches, and dinners. At night, marchers went home or slept in school gymnasiums after evening events including choreographed dances to popular music.

When the march concluded, many active community members remained at a Seongsan gymnasium for a 2-day conference on Jeju’s current challenges. A nuclear submarine from the U.S. recently docked at Gangjeong, endangering villagers— and the sea life on which many of them depend— with radiation. What’s more, that ship is likely not the last, as the Moon government plans to host a naval parade off the coast of Jeju from Oct 10-14, with 70 countries participating. 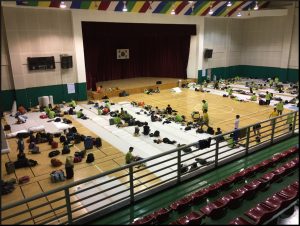 Conferees heard from a Yemeni woman who did not reveal her identity because the acceptance of 500 Yemeni refugees in Jeju (not mainland Korea) by the government in Seoul has caused stereotype and nativism to pervade the island. “I think it’s very difficult for me to prove this for all people: please accept me, I’m not a terrorist, I’m a good person. You hear from media I’m a bad person, but I’m good. This is difficult, to ask anyone to prove to be human. I’m a human. I can’t prove it in my speech.” Earlier this year, Jeju activists opened a peace center specifically to bring Korean and Yemeni people together, to converse and learn from one another.

Buddy Bell has been a co-coordinator with Voices for Creative Nonviolence since January 2012 and a volunteer since 2005. He organized Voices’ 4 most recent walks in protest of drones and in protest of the NATO summit. He visited Afghanistan 3 times with Kathy Kelly.   In 2015, Buddy served as an interpreter and travel companion to Dr Hakim, mentor of the Afghan Peace Volunteers, as they attended a people-to-people gathering at the peace community of San Jose de Apartado, Colombia. Buddy was also part of a delegation to Okinawa and to Jeju Island to witness and participate in protests against construction of new U.S. bases and surrogate bases in the Asia Pacific region, where the U.S. is now “rebalancing” its military force.