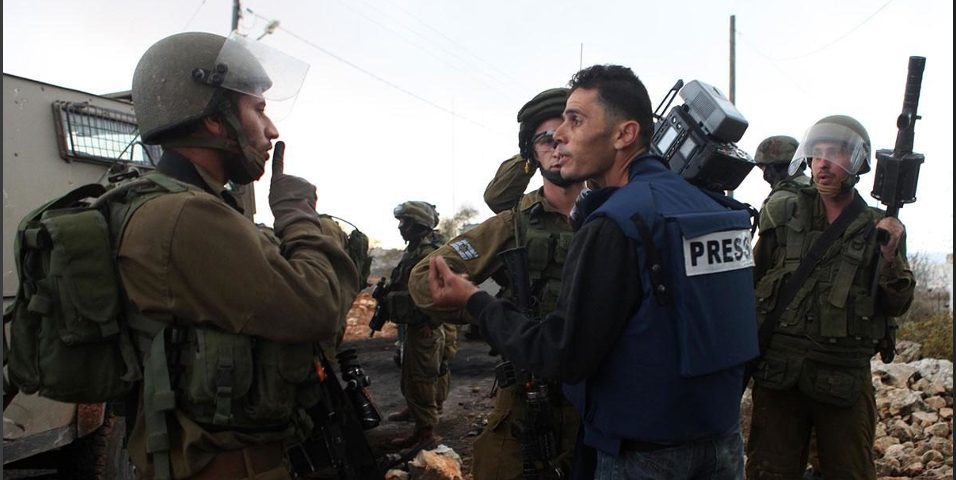 In the middle of the night, just before dawn, Israeli forces raided a village in the central West Bank to arrest a Palestinian — a daily occurrence in the occupied Palestinian territory.

The target of Monday’s raid on the village of Rantis, which sits right on the Green Line, was Palestinian journalist Ibrahim Rantisi.

The arrest of Rantisi marked the sixth Palestinian journalist to be detained by Israeli forces in a single week, causing alarm among Palestinian media and journalists that Israel’s suppression of their work, will soon also become a daily occurrence .

One week ago, Israeli forces detained four journalists under the pretext that they worked for Hamas-affiliated al-Quds TV, which was banned last month from operating in Israel last month by Israel’s right-wing defense minister Avigdor Lieberman.

A few days later, the director of a Nablus radio station was detained.

Last week, on July 30th, Palestinian journalism student and freelancer Ola Marshoud was sentenced to seven months in prison for her activism at the al-Najah University in Nablus.

The latest spate of arrests comes on the heels of a bill introduced in Israeli parliament in June that proposed a sentence of five years in prison for anyone attempting to “hurt the soldiers’ spirit” by  photographing, recording or distributing Israeli army activity on social media.  [Emphasis by the Editor]

Though still in its early stages, the introduction of such a law has put Palestinian journalists and activists on edge.

While the suppression of Palestinian journalists by the Israeli occupation is not a new phenomenon, this week’s arrests have confirmed the fear that things are getting worse.

The current imprisonment of over 20 journalists, along with the recent arrest of two foreign journalists aboard the Swedish Freedom Flotilla that was intercepted by Israeli forces off the coast of Gaza, paint a starkly different picture of Israel’s treatment of the media than a recent report by the Economist on global press freedoms, which listed Israel the only country in the Middle East that has “something close to resembling a free press.”

The report, which draws on data from American think-tank Freedom House, cites legitimate criticisms of surrounding countries, including the Palestinian Authority (PA), which has imprisoned dozens of its own citizens for their criticism of the government under its controversial “Cyber Crimes Law.”

However, by failing to acknowledge the existence of the Israeli occupation and its detrimental effects on Palestinian press, the report paints a less than accurate picture of reality.

In 2017, Israel shut down a total of 17 Palestinian media institutions, according to MADA, the Palestinian Center for Development and Media Freedoms.

And judging by the group, which has reported that the Israeli occupation has committed 75% of 277 violations of media freedoms in Palestine during the first half of 2018, this year is shaping up to be just as bleak as the previous year, if not worse, for journalists in the occupied Palestinian territory.

Yumna Patel is a multimedia freelance journalist based in Bethlehem, Palestine. You can find her on twitter @yumna_patel.