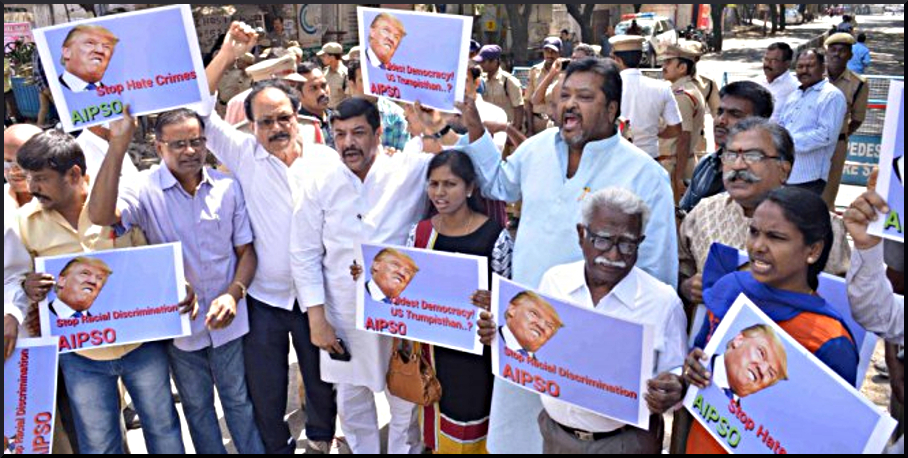 And we’re getting the new Gilded Age simultaneously.

The latest report from Happy Gumdrop Land comes from Chief Justice John Roberts and Anthony Kennedy, who does two shows a night at the Happy Gumdrop Land opera house ever since his smash hit, Citizens United, in which his solo number, “If We Legalize Influence Peddling, Nobody Will Peddle Influence” brought down the house.

From a shady spot halfway up Mount Disingenuous, the Chief explained that:

The Proclamation does not fit this pattern. It cannot be said that it is impossible to “discern a relationship to legitimate state interests” or that the policy is “inexplicable by anything but animus.” Indeed, the dissent can only attempt to argue otherwise by refusing to apply anything resembling rational basis review. But because there is persuasive evidence that the entry suspension has a legitimate grounding in national security concerns, quite apart from any religious hostility, we must accept that independent justification. The Proclamation is expressly premised on legitimate purposes: preventing entry of nationals who cannot be adequately vetted and inducing other nations to improve their practices. The text says nothing about religion. Plaintiffs and the dissent nonetheless emphasize that five of the seven nations currently included in the Proclamation have Muslim-majority populations. Yet that fact alone does not support an inference of religious hostility, given that the policy covers just 8% of the world’s Muslim population and is limited to countries that were previously designated by Congress or prior administrations as posing national security risks.

Roberts also writes that, to prevail, the plaintiffs would have had to a) prove that it was “impossible to ‘discern a relationship to legitimate state interests,’” and b) prove that the ban was “inexplicable by anything but animus.” You’d need a Saturn V to get over that bar.

In other words, just because the president* ran as a religious bigot, and just because his first two tries at this clearly was putting his bigotry into action, that’s no reason to assume that religious bigotry has anything to do with this case because national security.

Remember the other day when Justice Alito told us that, just because the Texas legislature went out of its way to dilute the minority vote at every turn leading up to the case at hand, there was no reason for the Court to assume that the legislature acted on the impulses it clearly had acted upon throughout the case? This is pretty much the same thing. It’s enabling by willful blindness. Take this passage, for instance:

“…it does not appear that it was their intent to interfere with any right granted or secured by the constitution or laws of the United States. We may suspect that race was the cause of the hostility; but it is not so averred. This is material to a description of the substance of the offence, and cannot be supplied by implication. Everything essential must be charged positively, and not inferentially. The defect here is not in form, but in substance.”

Oops, sorry. My mistake. That’s from the opinion delivered in 1876 by Chief Justice Morrison Waite in the case of U.S. v. Cruikshank, by which the court concluded in favor of the white-supremacist insurrectionists who slaughtered 105 people in Colfax, Louisiana. Waite determined that the Bill of Rights, and the three Reconstruction amendments, restricted only state action, and not the action of individuals.

In support of this, Waite reminded us that just because there was open white-supremacist rebellion against black freedmen to install a white-supremacist government in Louisiana, we should not assume that white supremacy had anything to do with the events in Colfax. It is a popular analysis of history to say that the promise of Reconstruction was finally destroyed as the country went chasing after the money that led it into the Gilded Age. We don’t have that kind of time. We’re having the end of Reconstruction and the high Gilded Age simultaneously.

Oh, and the 5-4 decision upholding the right of phony “crisis pregnancy” centers in California to refuse to provide information about abortion to their clients, in contravention of state law, is pretty freaking heinous, too. This is great fun.