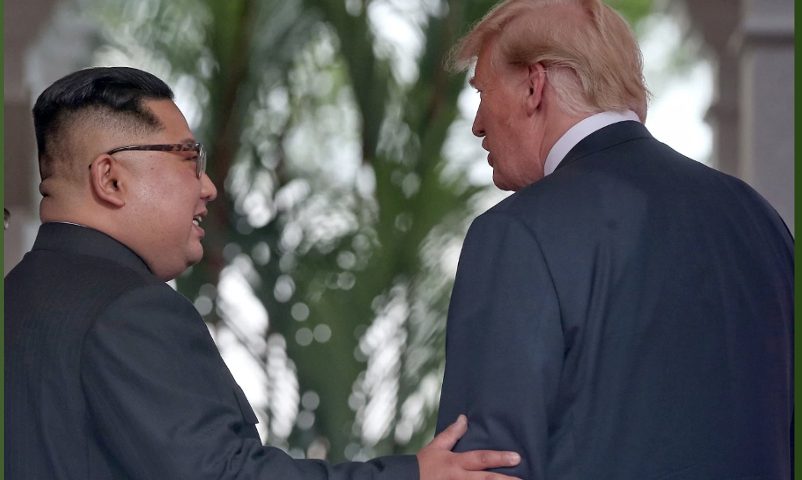 by Bernhard, originally published on Moon Of Alabama, June 12, 2018

The photo-op summit between U.S. President Donald Trump and Chairman Kim Jong-un of the Democratic People’s Republic of Korea went well. The visuals show North Korea and the United States as equal partners. The atmosphere was cordial. The signed document is short. The core part:

Convinced that the establishment of new U.S.-DPRK relations will contribute to the peace and prosperity of the Korean Peninsula and of the world, and recognizing that mutual confidence building can promote the denuclearization of the Korean Peninsula, President Trump and Chairman Kim Jong Un state the following:

Both sides commit to implement the above “fully and expeditiously“. Further talks will be held at the Foreign Minister/Secretary of State level.

This is not a deal, just a declaration. The ‘denuclearization’ commitment by the DPRK is aspirational. There is no equal commitment from the U.S. side. There is no time frame. As predicted the DPRK will not give up its nukes. It had good reasons to build them and the same reasons will let it keep them.

As long as talks are ongoing the DPRK will likely hold off on further nuclear and long range missile tests. The U.S. will likely stop large scale maneuvers in and around Korea. This is the ‘freeze for freeze’ which North Korea long wanted and which China and Russia actively supported.

Further talks between the U.S. and North Korea will be slow walked and may not lead to significant progress in nuclear disarmament. Their main purpose is to hold off the U.S. while the real talks that between North and South Korea continue. This is what the “efforts to build a lasting and stable peace regime on the Korean Peninsula” are really about.

It is disappointing that the terrible human rights record of the United States was not mentioned during the talks.

The North Korean side played its cards exceptionally well. It built its capabilities under enormous pressure and used it to elevate the country to a real player on the international stage. The “maximum pressure” sanction campaign against it is now defused. China, Russia and South Korea will again trade with North Korea.

In pressing for an early summit Trump defused a conflict that otherwise might have ruined his presidency.