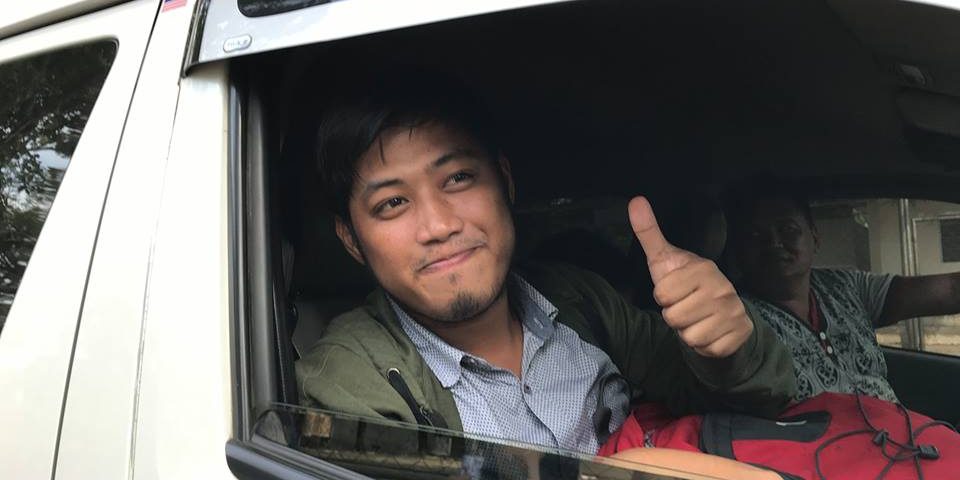 I met Jerome last November 2017 while visiting the Philippines to participate in an international humanitarian and fact-finding mission on the human rights situation in the country.

The mission included providing medical relief– vaccinations, medicine, and psycho-social counseling– in cramped and unsanitary evacuation centers holding hundreds of displaced Moro families from the city of Marawi in the Autonomous Region of Muslim Mindanao or ARMM which had been decimated by bombings by the Armed Forces of the Philippines.

Jerome, a Moro (Muslim) youth himself, was an articulate and compelling spokesperson in our press conferences, calling on the Duterte government to stop its airstrikes on Marawi City, to lift martial law in Mindanao, and to let the 50,000+ Marawi evacuees return to their city and rebuild their lives.

From what I saw in my time in Mindanao, Moros, Christians, and Lumads (indigenous) peoples are united and are working together for genuine peace and sustainable development in their island, the poorest and most militarized in the whole country. What they are up against is a Philippine administration that insists on a War on Terror on their ancestral lands, a war that is financially-backed by the Trump administration, a war that compliments the interest of foreign mining companies to extract the natural wealth beneath Mindanao’s soil.

With much support and concern about the situation in the Philippines from the churches worldwide, it made sense that Jerome would be invited by the US Conference of Catholic Bishops and the General Board of Global Ministries of the United Methodist Church to speak on the movement for peace in the Philippines at the Ecumenical Advocacy Days, one of the largest gatherings of faith-based groups in the US taking place this weekend in Washington DC. For this purpose, Jerome was approved for a 10-year multiple entry visa to the US by the US government.

Jerome and I were supposed to speak together on the Philippines at this gathering.

I won’t be seeing Jerome in DC because he was forcibly removed from the US last night. He was blocked from entering when he arrived at San Francisco International Airport. I spent a good 10+ hours at the International arrivals area at terminal 1 with other community members seeking answers from the Customs and Border Protection Agency as to where he was and why was he being detained. We never got a clear answer.

I believe Jerome is being silenced. The motivation? Fear.

After what I saw in Mindanao, I continue to ask why Americans don’t know anything about what’s going on there, why it’s never covered in the news.

I will channel my friend Jerome here in DC. And we must all work together to find the answers and make things right.

Pamela Tau Lee is a labor leader and climate justice advocate based in San Francisco. She is also the chairperson for the US Chapter of the International Coalition for Human Rights in the Philippines.