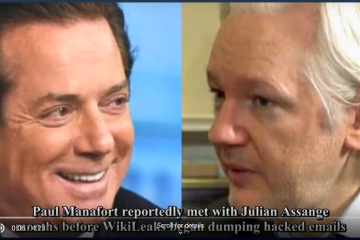 Image: Screenshot, grabbed 12/5/18 from News Hollywood video on Youtube, posted 11/27/18 by Alan MacLeod, published on Fairness and Accuracy in Reporting, December 3, 2018 In what has been described as potentially the biggest story of the year, the Guardian’s Luke Harding (11/27/18) reported last week that Donald Trump’s former campaign manager, Paul Manafort, held a series of secret talks with[…]