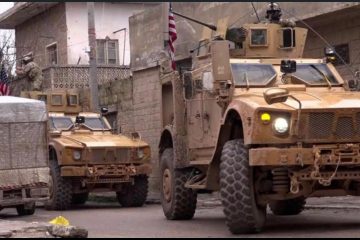 An image grab taken from a video obtained by AFPTV on January 16, 2019, shows U.S. armoured vehicles at the scene of a suicide attack in the northern Syrian town of Manbij. (Photo: Getty) by Gerry Condon, from Common Dreams, January 18 Note: While all eyes are focused on the dastardly ‘wall’ Trump wants to build along the Mexican border[…]