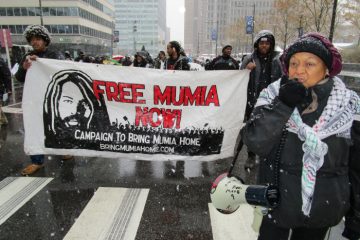 Pam Africa (right) leads a march in the snow in Philadelphia on Dec. 9, the anniversary of the 1981 arrest and shooting of Black activist and political commentator Mumia Abu-Jamal. Mumia was framed up by cops and the corrupt “justice” system on false charges of killing a Philadelphia police officer. The marchers demanded that the Philadelphia district attorney’s office release[…]