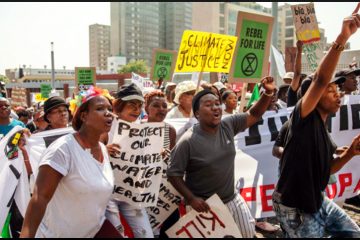 by Jeff Mackler,  published on Socialist Action,  October 9, 2019 The week of unprecedented massive and worldwide climate mobilizations that began on Friday, Sept. 20, represented an historic breakthrough in the consciousness of the world’s people. An estimated 7.6 million people in 185 countries from every continent on earth except Antarctica mobilized in unprecedented numbers to condemn the governments and[…]