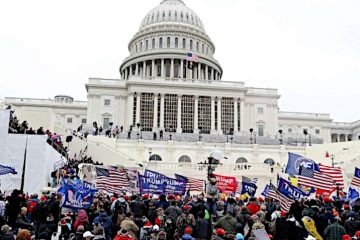 By Phil Wilayto, January 08, 2021 What happened Jan. 6 at the U.S. Capitol was a violent takeover of Congress by a fascist mob, not a “protest by Trump supporters.” And, although five people died and there were more than 50 arrests, it’s obvious to the wide public that these overwhelmingly white lawbreakers were handled much differently than they would[…]