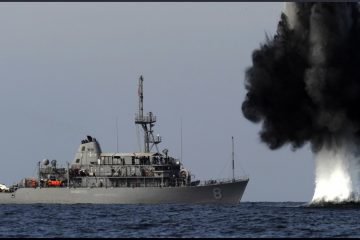 Published on Workers World, June 15, 2019, from the Editor The U.S. government is charging that on June 13 Iran attacked two oil tankers in the Strait of Hormuz  — the Norwegian-owned MT Front Altair and the Japanese-owned Kokuka Courageous. The threat of yet another U.S. military aggression in an area already devastated by decades of war is very real.[…]