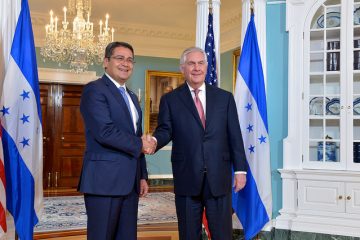 by Rick Sterling, Originally Published in The American Herald Tribune INTRODUCTION Honduras is in crisis. Results from the election last Sunday have been delayed day after day but could be announced any moment. There have been streets protests for the past several days with several people killed. Constitutional rights have been suspended and a curfew imposed. The current president and[…]