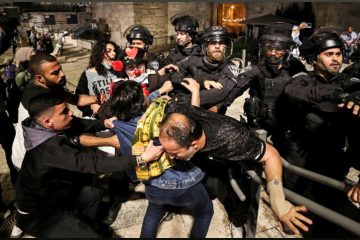 by Ariel Gold, April 29, 2021 After neo-Nazis marched in Charlottesville, North Carolina, and then President Donald Trump responded by saying there were “good people on both sides,” people who abhor white supremacism stood up, took notice, and condemned the marchers. Anti-racists would be wise to do the same about the far-right march that took place last week in Jerusalem.[…]