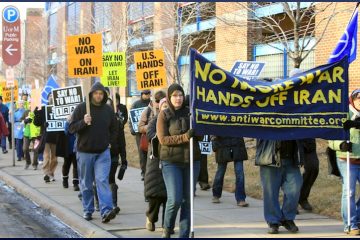 Photo: Protesting war against Iran in Minneapolis by Deirdre Griswold posted on Workers World, May 10 The Trump administration’s decision to pull out of the nuclear agreement with Iran is yet another demonstration of the no-holds-barred ambition and arrogance of this imperialist ruling group. The U.S. capitalist media admit that Trump’s move has antagonized Washington’s allies/rivals in Europe. Yet the[…]