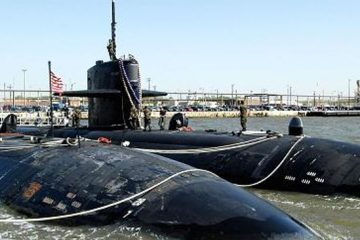 The U.S. Navy’s nuclear fast-attack submarine, the USS Newport News (R), secures itself next to its sister Los Angeles-class submarine USS Boise (L) at Norfolk Naval Station in Norfolk, Va. ~Getty Images by David Swanson, originally published on Lets Try Democracy, Feb 2, 2018 Did you hear the one about the “safe, secure, and effective nuclear deterrent”? There is, of[…]