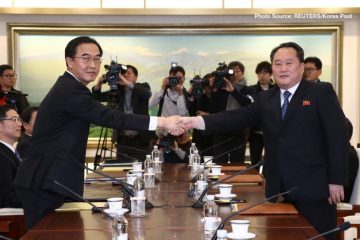 from Zoom In Korea On January 9, high-level officials from North and South Korea met to discuss the North’s participation in the 2018 Winter Olympics in Pyeongchang, South Korea in February. The inter-Korean meeting was held in the village of Panmunjom at the border of the divided Korean Peninsula. On January 1, North Korean leader Kim Jong-un expressed hope for[…]