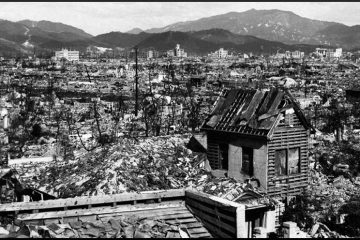 UNAC Statement, August 4, 2021 On August 6, we will once again recognize one of the most horrendous events ever to take place in human history.  On August 6, 1945, the United States dropped an atomic bomb on the largely residential city of Hiroshima.  Three days later they dropped a second nuclear bomb on the city of Nagasaki.  As many[…]