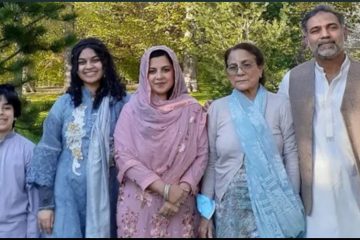 by Roger Jordan, published on WSWS, June 8, 2021 The mainstream media has not covered this horrific hate crime for the most part.    The government response is hypocrisy.  Another tragic outgrowth of western foreign policy. [jb] Four members of a Muslim family in London, Ontario were brutally slain Sunday night in a hit-and-run attack that police have described as “premeditated”[…]