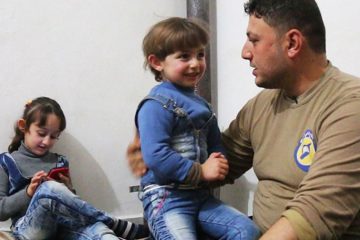 This year, against the background of a massive US escalation of military force in Syria, “Last Men in Aleppo”, a documentary film about the White helmets of Syria, has been nominated for an Oscar.   Last year, a documentary film called “The White Helmets” won an Oscar for documenting a story that had just unraveled after the liberation of east Aleppo.[…]