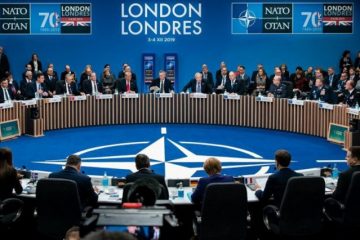 by Kevin Zeese and Margaret Flowers, published on Popular Resistance, December 8, 2019 The North Atlantic Treaty Organization (NATO) held an abbreviated two-day meeting this week in London on its 70th anniversary. On display was a zombie alliance that is bitterly divided on multiple issues and has lost its purpose for existing. Rather than recognizing it is time to end[…]