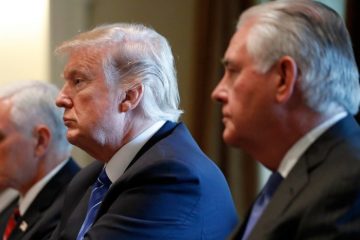 Originally posted on Socialist Action. When U.S. Secretary of State Rex Tillerson told a National Security Council meeting last week, from which President Trump had departed, that his boss was a “fucking moron,” it’s likely that Tillerson, who has refused to deny his characterization, was not referring literally to any diminished mental capacity of the president. After all, any billionaire[…]