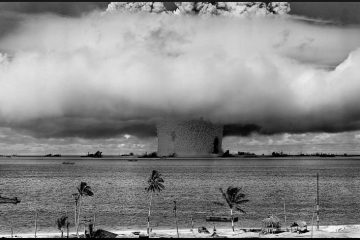 Hiroshima and Nagasaki were acts of premeditated mass murder unleashing a weapon of intrinsic criminality. It was justified by lies that form the bedrock of 21st century U.S. war propaganda, casting a new enemy, and target – China. by John Pilger, published on Consortium News, August 3, 2020 When I first went to Hiroshima in 1967, the shadow on the steps[…]

END_OF_DOCUMENT_TOKEN_TO_BE_REPLACED

Tigrayan militia sponsored by the US attacks Ethiopia and Eritria, triggering civil war and an international war... on Stop the Wars At Home and Abroad: https://unac.notowar.net/2021/07/27/the-tplf-attack-on-ethiopia-contains-the-accumulated-evil-of-the-war

Commemorating the day Korea's separation was permanently enabled in the fog of war : Stop the Wars At Home and Abroad: https://unac.notowar.net/?p=12352

Daniel Hale was sentenced to 45 months in prison today. Far too long, and yet, a slap on the hand for the government which was hoping to lock him up for 10 years on Stop the Wars At Home and Abroad: https://unac.notowar.net/2021/07/26/daniel-hales-letter-to-the-judge-who-will-decide-his-sentence

Daniel Hale was giver 45 month (almost 4 years) in prison for doing the right thing. There is no justice in the US. The war criminals who have killed millions are not in jail but a young man with morals and courage is.