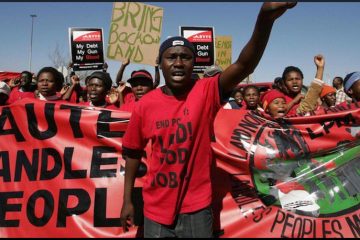 by Nombuso Mathibela, originally published on Pambazuka News “Pay no one for land acquired illegally.” The radical thesis of seizing property from white landholders without compensation was adopted in the ANC’s 54th National Conference in December 2017 and subsequently most vehemently motioned in the National Assembly by the opposition party, the Economic Freedom Fighters (EFF). The motion was passed with[…]