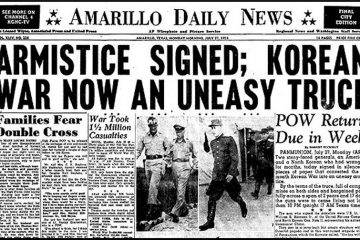 ZoomInKorea Interview with Gregory Erlich, July 24, 2018 July 27, 2018 marks the 65th anniversary of the Armistice Agreement which brought about a ceasefire to the Korean War. The agreement was signed by North Korean General Nam Il representing both the Korean People’s Army (KPA) as well as the Chinese People’s Volunteer Army (PVA) and U.S. Army Lieutenant General Harrison,[…]