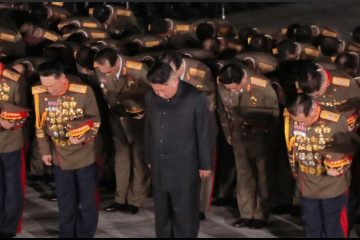 by Ramsay Liem, published on Organizing Notes, July 27, 2021 July 27, 2021 marks the 68th anniversary of the Korean War Armistice Agreement, a battlefield truce that temporarily halted combat during the Korean War. That pause continues to define the state of relations between the United States and the Democratic People’s Republic of Korea (DPRK, North Korea) to this day.[…]