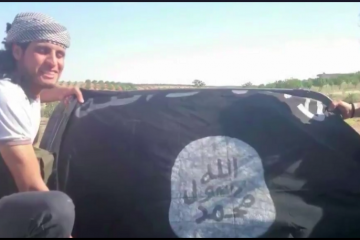 By Caitlin Johnstone, Published on SouthFront,  Originally appeared at Caitlin’s blog On Wednesday the alternative media outlet Southfront published an article titled “New Video Throws Light On Jaysh Al-Izza High-Tolerance To Al-Qaeda Ideology” about newly discovered footage showing the leader of a “rebel” faction in Syria cozying up with a militant who was wearing a badge of the official flag of ISIS. “The[…]