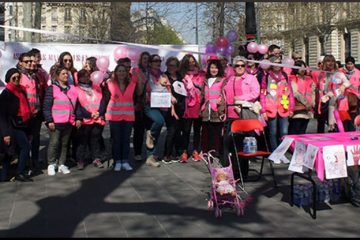 “Pink Vests” protest in Paris, March 30, 2019. (Léa Bouchoucha) By Léa Bouchoucha, published on Consortium News, May 16, 2019 Several weeks ago Emmanuelle Cheron, 43, was out on the Place de La République in Paris, along with other members of a new collective of professional child minders. They wore pink vests, held balloons and had set up a large[…]